A study has claimed a single serving of freshwater fish per year could be equal to a month of drinking water laced with the ‘forever chemical’ PFOS. 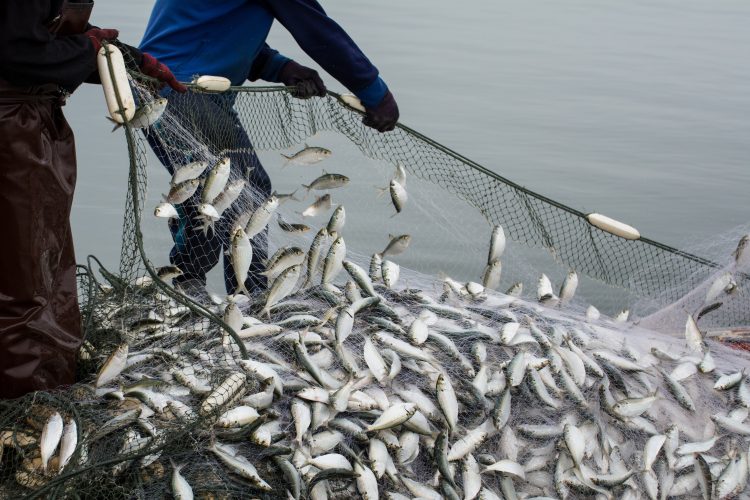 Scientists at the Environmental Working Group (EWG) have claimed that eating a single serving of freshwater fish per year could be equal to a month of drink water containing PFOS (perfluorooctane sulfonic acid) which, at high levels, can be harmful.

The researchers have determined that that eating one fish in a year equated to ingesting water with PFOS at 48 parts per trillion (ppt) for one month.

Suggesting that the findings are a particular issue for communities with environmental justice concerns (whose survival often depends on eating freshwater fish they’ve caught), EWG found the median amounts of PFAS in freshwater fish to be 280 times greater than forever chemicals detected in some commercially caught and sold fish.

What’s more, the testing data (from the Environmental Protection Agency and Food and Drug Administration) revealed that consuming a single meal of freshwater fish could lead to similar PFAS exposure as ingesting store-bought fish every day for a year.

“People who consume freshwater fish, especially those who catch and eat fish regularly, are at risk of alarming levels of PFAS in their bodies,” said David Andrews, Ph.D., EWG Senior Scientist and one of the study’s lead authors.

“Growing up, I went fishing every week and ate those fish. But now when I see fish, all I think about is PFAS contamination.”

Scientists reported that the forever chemical found at greatest concentrations in freshwater fish was PFOS (formerly an ingredient in 3M’s Scotchgard) averaging roughly three in four of total PFAS detections.

“The extent that PFAS has contaminated fish is staggering”, said Nadia Barbo, a graduate student at Duke University and lead researcher on this project. “There should be a single health protective fish consumption advisory for freshwater fish across the country.”

To carry out the study, the researchers analysed data from more than 500 samples of fish filets collected in the US from 2013 to 2015 under monitoring programs by the EPA, the National Rivers and Streams Assessment and the Great Lakes Human Health Fish Fillet Tissue Study.

PFAS do not disappear when products are thrown or flushed away. Our research shows that the most common disposal methods may end up leading to further environmental pollution,” said Tasha Stoiber, Ph.D., an EWG Senior Scientist and co-author of the study.

The EWG has estimated that there may be more than 40,000 industrial polluters of PFAS in the US. It also claims that “tens of thousands of manufacturing facilities, municipal landfills and wastewater treatment plants, airports, and sites where PFAS-containing firefighting foams have been used are potential sources of PFAS discharges into surface water”.

“For decades, polluters have dumped as much PFAS as they wanted into our rivers, streams, lakes and bays with impunity. We must turn off the tap of PFAS pollution from industrial discharges, which affect more and more Americans every day,” concluded Faber.