Many pubs across the UK have closed amid the cost-of-living crisis, but could the World Cup quarter finals act as a saving grace for UK pubs by creating a £6 million boost in drink sales? 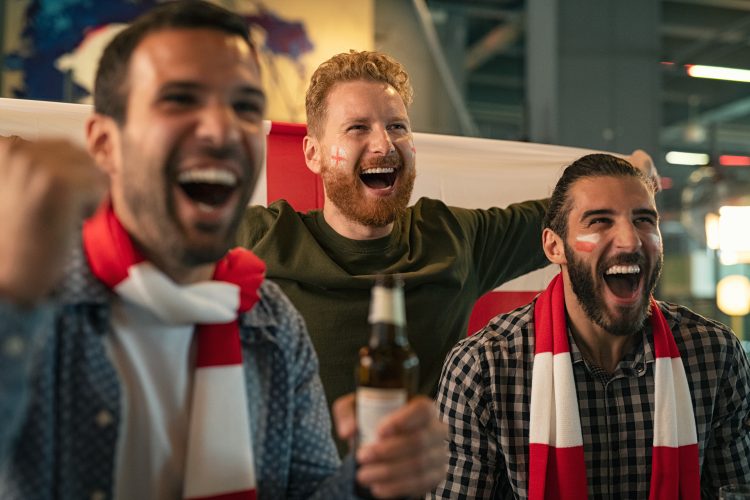 Countries around the globe are tuning in to watch the 2022 Qatar World Cup this year, however some Brits may be planning on taking a trip to their local pub this weekend to watch ‘the beautiful game’.

Simply Business has said that pubs across the UK could receive a £6 million boost from England’s World Cup quarter final clash against France on Saturday. This could be very welcome news to pub owners as the hospitality sector was hit by a 7.1 percent decrease in sales in November 2022.

Research from Simply Business has claimed that UK pubs missed out on a £155 million summer World Cup boost. This follows each pub reportedly losing out on an average of £40,000 due to the COVID-19 pandemic.

Consequently, Simply Business has said that pub and brewing businesses across the UK are now at risk of closure due to soaring energy bills, with upwards of 300 percent price hikes reported.

Simply Business has alleged that if the World Cup had taken place in the summer (and the men’s England team had reached the final), an additional 38 million pints of beer would have been consumed in the UK.

However, even if the men’s England team hadn’t reached the final (had the World Cup been in the summer), Simply Business states that pubs would have still expected to see 14 million extra pints poured during the group stages alone. This amounts to 3-5 million pints per England group game. As a result, pub owners would have missed out on a summer sales boost of up to £57 million.

“The lack of summer tournament football has resulted in lost revenue, as we would have been showing all of the home nations games,” said Ben Stanford pub owner of The George & Dragon in Shropshire, England.

Concerned about sales this month, Stanford said: “With the current cost of living situation, I’m not sure we’ll make much extra by showing the football in December.”

What’s more, VYPR’s “World Cup Summary steers” report has revealed that many consumers plan to stay at home to watch the England vs France game on 10 December 2022. In fact, 47 percent of survey respondents said that they plan to watch the game at home rather than at a pub table.

The survey has also noted that 72 percent of those questioned will watch the game with family rather than friends and only 15 percent will go to the pub if England get through to the semi-finals.

While the popularity surrounding the World Cup is still very much alive and kicking this winter (with 42 percent of consumers planning on watching the England vs France game), Simply Business has highlighted that the full effect of World Cup trade will not be felt by the hospitality industry, with pubs already naturally seeing an upturn in trade due to the festive period.

What’s more, consumers may have to rethink their disposable income use throughout December and prioritise their money according to what is essential. But will it be for (hopefully) celebratory pints at the pub with friends, or buying Christmas gifts and groceries?

Noting that pub owners will also have to establish priorities, Alan Thomas, UK CEO at Simply Business, said: “As the winter World Cup overlaps with the festive season, pub owners will be forced to prioritise. For many, profits will inevitably be down, with publicans seeing their two busiest times of the year rolled into one.”

However, all hope is not lost for the food and beverage industry during the World Cup as a VYPR World Cup Watch survey has revealed that 47 percent of respondents will be ordering pizza during the game.

VYPR has said that for those watching this weekend, food and drink are sure to be an important aspect of the occasion. A total of 61 percent of its survey respondents said they’d purchase snacks, 60 percent alcohol, 51 percent takeaway foods, 47 percent soft drinks, and 42 percent will purchase food to cook at home, such as chicken wings and burgers. Thus, food and beverage retail sales could increase with many so many football home-watchers to supply for.

With this year being a challenging time for both the hospitality industry and consumers, many could be hoping that food and beverage inflation starts to drop soon. But as short term goal, pubs across the UK could be backing the England squad more than ever before, especially if it means boosting their sales this festive season.