Brazilian researchers have developed a selection method that can differentiate between regular and speciality coffee beans through artificial intelligence. 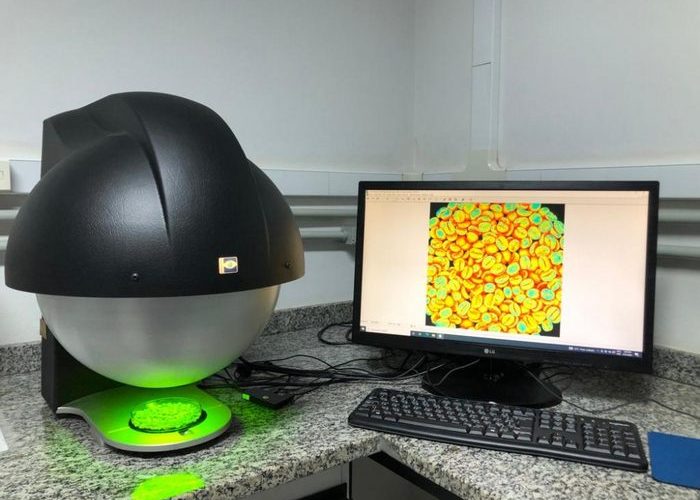 Researchers in Brazil have developed a selection method performed directly with coffee beans using multispectral imaging (MSI) and artificial intelligence (AI). The technique does not require roasting and won’t destroy the samples. It can also be included as a step in the production process in real time.

Certification is provided by the Specialty Coffee Association of America (SCAA) and, in accordance with its guidelines, coffee quality is measured on a decimal scale from zero to 100. A specialty coffee must score 80 or more. The Q-scale, by which it is measured, is regarded as a universal language and allows buyers to differentiate premium coffee from lower scoring ‘commodity’ coffee.

Currently, growers send samples of raw beans to three cuppers (people who taste the coffee), who roast and make coffee from each batch, testing for quality and scoring against the Q-scale.

The new method, based on MSI and AI, has been developed by Brazilian scientists and can be achieved in real time, obtaining quick results, and avoiding human error.

“In our method, we separate beans considered specialty and standard commercial using a combination of MSI and mathematical algorithms that process the data provided by the images,” Winston Pinheiro Claro Gomes, first author of the article, said.

MSI is a relatively new technique for the coffee industry and has been used to map nitrogen in coffee groves, detect necrosis in beans, pests and diseases in plants.

For each sample, 64 beans (without prior treatment) were separated at random, giving a total of 1,024 beans (384 standard, 640 specialty), and used for machine learning calibration, validation and testing.

The researchers placed the beans into petri dishes and a camera captured images after homogeneous and diffuse illumination at different wavelengths. The camera first took monochrome reflectance images and then autofluorescence images, after which information relating to the regions of interest was extracted by software and used to build the algorithms.

The researchers then ran four machine learning algorithms and found the key variables to differentiate the quality of the coffee beans.

Specialty beans were seen to be more uniform in shape in the visible spectrum (RGB) images, while standard beans were more intense in the autofluorescence images.

Although an important discovery, the technique requires further research as the model can’t yet tell whether beans score 80 or 90. Gomes explained that this would require machine learning with samples for each score in order to specify these categories in the mathematical model.