With deforestation and depleting resources at the forefront of the coffee-growing industry, Dr. Sylvain Charlebois explores how synthetic lab-produced coffee is developing as an alternative. 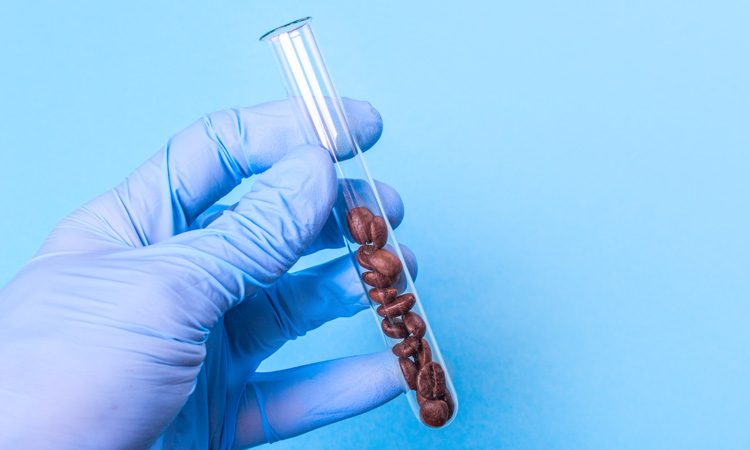 Bean-less coffee is a ‘thing’ now and could hit the market as early as next year.

Our summer was marked by key announcements from major food chains who have decided to switch to plant-based alternatives. Meat, particularly beef, was the target of companies like Beyond Meat and Impossible Foods, who claimed their plant-based products were more ecologically sound. But now, Seattle-based company Atomo has created coffee grounds in a laboratory, without the use of coffee beans.

Unlike plant-based products in which existing food ingredients are used, Atomo’s coffee is ‘created’. It is molecular coffee, which includes quinic acid, dimethyl disulfide, niacin, 2-ethylphenol, and a handful of other elements. The process, which remains proprietary, has given the world its first synthetic coffee.

This multi-million-dollar project is driven by the will to find sustainable solutions for one of the most popular drinks in the world and was funded by Hong Kong-based Horizon Ventures, which has also backed Impossible Foods and Spotify.

We are literally at the beginning of an agricultural revolution, which draws acute attention to the true cost of bringing food to our plates. Environmental costs are becoming an increasingly important factor when shopping for food, particularly for the younger generation. This revolution is the rise of synthetic agriculture, a novel food system which will operate in parallel to our traditional sectors. While seeking affordable, tasty, and nutritious food, other holistic factors are becoming key drivers. The Green Revolution during the 20th century was about food security. This new revolution is about how we coalesce our food needs with the limited resources of our planet, while making all nations food secure. With climate change, even if we have seen conflicting reports about meat and about which solution provides a better option for environmental stewards, the debate is on. With coffee, the evidence is even more compelling, and the case for continuing down our current path is weak at best. 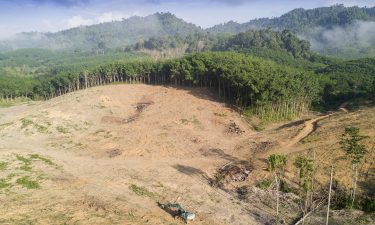 A major part of Atomo’s promotion appeals to consumers who are increasingly concerned about the damage coffee growing has caused in natural areas. Coffee growers will continue to grow coffee in established plantations, but an increasing number of experts are concerned about the continued deforestation to plant new crops. China and other growing markets are getting more addicted to java, putting more pressure on growers to increase productivity. Considering the wildfires affecting the Amazon, concerns are now rampant. Intentionally ignited fires are directly related to the level of deforestation witnessed in recent years in order to grow more crops.

It is not a coincidence that Atomo released its statement about its lab-grown coffee now. While the world is focused on what is happening to the Amazon, the company wanted to make a point, and the world took note.

Coffee is the drink of choice for most of us. In 2018, 72 percent of Canadians drank coffee every day. In fact, Canadians drink on average 152 litres per person per year, which is the highest level of consumption in the world, after the Netherlands and Finland. Coffee in Canada is more popular than tap water. The idea of drinking a lab-produced drink, let alone coffee, does not sit well with Canadians. A recent omnibus survey conducted by Dalhousie University found that 72 percent of Canadians would not drink lab-grown coffee. So, it is fair to say that most Canadians are not there yet.

Nonetheless, what is refreshing is that we are seeing an influx of new thinkers in agriculture.

It is being capitalised by non-agricultural stakeholders, who really look at food differently. Billions are being poured into analogous agriculture these days, only to offer something traditional that agriculture is unable to produce. While most surveys find that the majority of consumers want companies to be eco-friendly by growing, processing and distributing food using traditional methods, there are limitations. Synthetic agriculture is receiving more attention, due to its unequivocal stance on producing food with fewer resources. Whether these methods are more sustainable remains to be seen. This view is obviously confronted by old-style agricultural practices, followed by producers who have prided themselves as being the best caretakers of the environment. Farmers are indeed great environmental stewards themselves, but things have changed; the planet has changed and our view of the world has changed.

Growing coffee requires a lot of water and land. Given how little resources are involved, cultured food in general is becoming more of a conceivable option instead of something you would normally see in a science fiction movie. But to give these products a chance to succeed, certain fundamentals must be met. Affordability, nutrition and taste will continue to be key, no matter where the food is coming from. 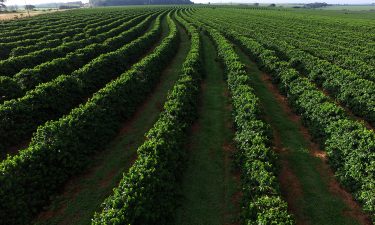 Coffee plantations in the Amazon Rainforest primarily exist in Brazil, covering 27,000 km2 of the country.

Coffee is just the beginning. Chicken, beef, pork, kangaroo, ice cream, foie gras, bacon and similar products are now the focus of well-funded projects in the private sector for which the goal is to recreate a synthetic product in a very urban and high-tech setting. These technologies are disruptive to traditional farming but can add value to our global food systems.

RBC researchers and economists recently released a report about seizing on a ‘fourth agricultural revolution’ in Canada that accentuates data over manual labour. This is quite true, but this phase of our agricultural journey is more than just simply feeding the world by producing more with less. Supply-side economics in agriculture is slowly leaving some space for a model which produces demand-focused products that have the sole intent to satisfy the needs of a very different urban consumer. It is no longer just about dirt, animals, land and hard work. It is about molecules. Even though it will have its fair share of regulatory challenges, the rise of synthetic agriculture is very much a part of that revolution.