If you want to improve the flavour of your beer, you simply need to laugh into it – that’s the secret weapon of a new brew from Vault City Brewing and a special guest. 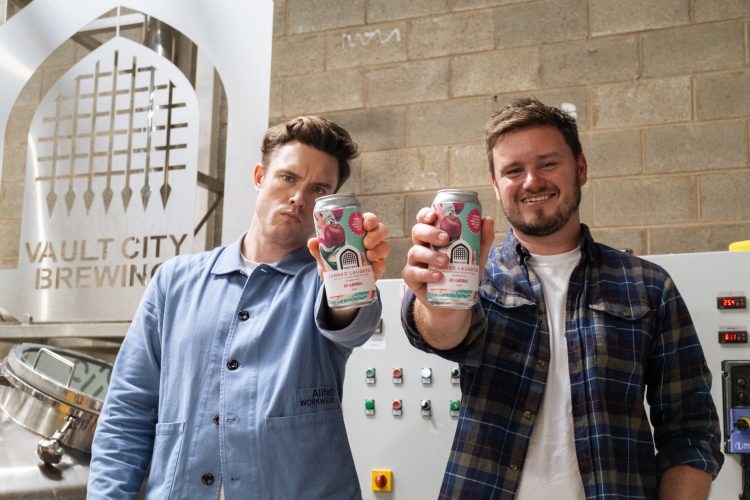 Comedian Ed Gamble has teamed up with a UK craft brewery to make a limited-edition charity beer, with one very special ingredient.

The stand-up comic turned brewer played a key role in making the beer as he was tasked with laughing into the tanks during production, which he and the professionals believe will make people cheerful when they drink it.

“As an Edinburgh brewery, we had to mark the Fringe (a comedy festival that takes place in the Scottish city every year), and what better way to do it than with a collab beer with my favourite comedian,” said Vault City Brewing Co-founder Steven Smith-Hay.

“It was such a buzz to hear that Ed was a fan of ours – the feeling is definitely mutual!

“We sent him beers, then invited him into the brewery. One thing led to another and we decided to brew a beer together.  We discussed his favourite flavours and beers in great detail before settling on the recipe. We’re buzzing with how it turned out.”

The idea to add laughter to the process came after Vault City exhibited at the Oslo Craft Beer Festival. There, Smith-Hay heard about the ancient tradition of “yeast screaming” – a strange custom in Stjørdalen in Norway during which brewers scream into the fermenter as they pitch the yeast, to enhance the strength and flavour.

“We’re always researching ways to make our beer taste as good as possible, and we never want to be outdone. I thought we’d try laughter instead as we try to keep screaming to a minimum in the brewery,” he added.

“By that point, Ed was all-in and was delighted to laugh into the beer.  And I’m glad he was up for it because it tastes amazing.” 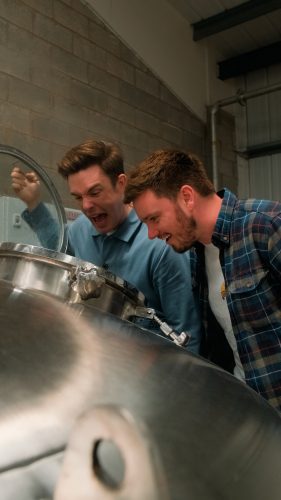 Gamble and Smith-Hay decided to laugh into their beer

“Vault City is one of my favourite breweries – their creativity knows no bounds and this beer might be their most imaginative yet,” said Gamble.

“It was great to meet the team when I was in Edinburgh. Turning brewer for the day was a brilliant way to switch off from performing, even if my contribution was slightly unconventional.

“I might start laughing into all my drinks now, as I genuinely think it does improve the flavour.

“I can’t wait to hear what people think of the beer. CALM is a charity close to my heart so I am always keen to help out whenever I can.”