Broccoli revolutionary Tenderstem has partnered up with Action Against Hunger and a local community scheme to support those struggling with the cost-of-living crisis. 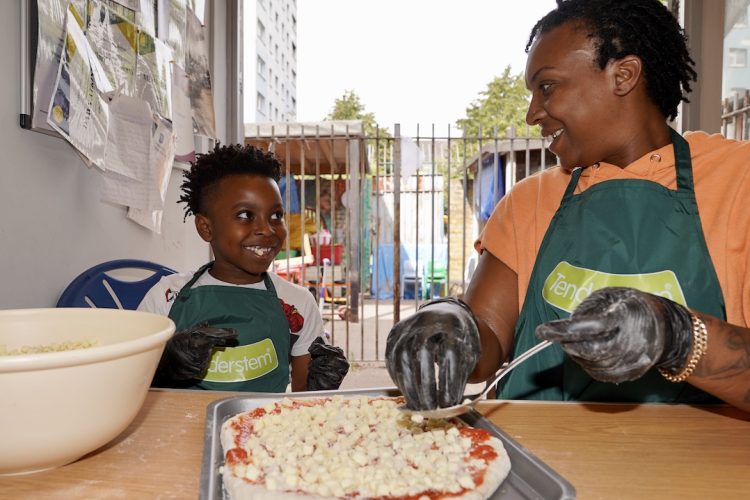 Tenderstem has formally announced a long-term partnership with international hunger charity Action Against Hunger, in which it will fund and support several initiatives both in the UK and globally, across the next 12 months – the first of which is the support of a network of Social Supermarkets across the UK.

Social supermarkets sell discounted food to people on a lower income who are experiencing food poverty. They are like a normal supermarket with a lot of choice but goods, including fresh fruit and vegetables, are available at a fraction of the price of high street stores. Tenderstem says it will be subsidising, both financially and with fresh Tenderstem, these “inspiring community initiatives that help people access healthy food when they need it the most.”

As part of a long-term partnership with Action Against Hunger, Tenderstem is providing vital funding, and donating Tenderstem to a number of ‘Social Supermarket’ partners in South East London and the West Midlands.

In addition, Tenderstem has partnered with restaurant chain Pizza Pilgrims and Action Against Hunger to run a free cookery class for some of the families most impacted by the cost-of-living crisis in South East London.

To support the wider Lewisham community, Tenderstem says all the ingredients used in the demonstration, including pizza dough, tomatoes, cheese and Tenderstem, will be available at Evelyn Community Store’s ‘Social Supermarket’, which is open to its 120 members on Tuesdays and Fridays each week.

The collaboration comes as the UK’s cost-of-living crisis continues to deepen, with around 2.5 million children experiencing food poverty between August 2021 and January 2022.

“As the cost-of-living crisis continues to deepen in the UK, we wanted to form a collaboration that positively impacted families facing hunger this summer,” said Dave Samuels, EMEA Brand Manager, at Sakata Vegetables Europe, which created the Tenderstem brand.

“Not only will this collaboration mean that the shelves at the Evelyn Community Store are well stocked with fresh, nutritious Tenderstem broccoli. But the event itself allowed children and their families to enjoy a free, fun day out to learn about delicious ingredients and recipes from experienced chefs.”