The Kellogg’s defeat is of course a blow for the manufacturer, but it could well have longer-lasting effects for the food and beverage as a whole. 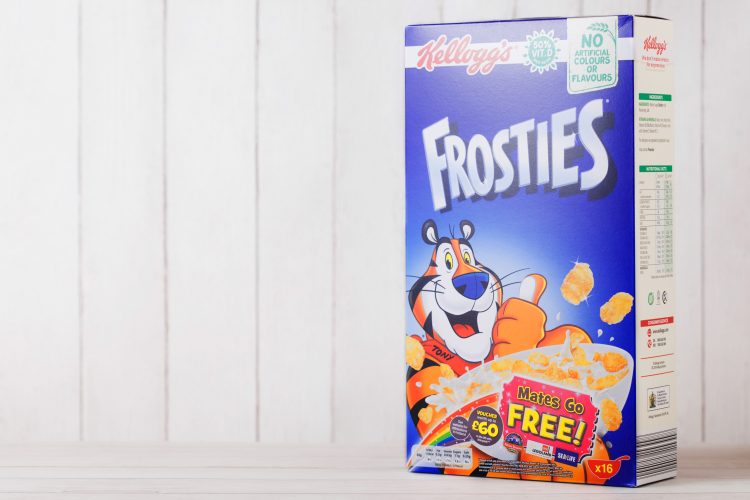 Kellogg’s has lost its court case against the incoming High in Fat, Sugar, and Salt (HFSS) regulations which would prohibit some of its products being included in supermarket promotions.

The manufacturer had taken the UK Government to court, arguing that the HFSS rules should not apply to its cereals because once milk is added, the proportion of sugar changes with the increased weight of the product.

This view however was not shared by Mr Justice Linden, who in his ruling of the Royal Courts of Justice case dismissed many of the arguments made by the lawyers representing Kellogg’s as “peripheral”.

“There is no dispute that breakfast cereals can be part of a healthy balanced diet, contain fibre and can be fortified with micronutrients which bring health benefits to the consumer. Indeed, the Government actively encourages the consumption of healthy breakfast cereals.”

“100g of “Frosties” contains more sugar (37g) than the average chocolate biscuit (28.5g). The suggestion that “Frosties” should not be regarded as a less healthy product because of the nutritional value of the milk with which they may be consumed is surprising,” Linden continued.

He went on to emphasise the fact that simply adding milk to a product does not change the amount of sugar in it, though it may skew the percentage by weight somewhat.

Kellogg’s however said it was “disappointed” with the ruling in a statement given in the aftermath of the decision.

“We brought this legal challenge because we believe the formula used to measure the nutritional value of food is wrong when it comes to breakfast cereals, and we believe it is right to stand up for what we believe in,” said Kellogg UK Managing Director, Chris Silcock,

“We are therefore disappointed that the Court upheld the Government’s approach to the nutritional assessment of cereals.

“It makes little sense to us that consumers will be able to buy other products, like donuts and chocolate spreads, on promotion – but not many types of breakfast cereals.

“While disappointed with this judgement, we respect the decision of the Courts and do not intend to appeal.  We still believe that it is important that cereals are measured in a way which reflects how most people eat them – with milk.  We also remain concerned at the way the Government introduced these regulations – which, in our view, was without proper Parliamentary scrutiny.

“By restricting the placement of items in supermarkets, people face less choice and potentially higher prices. That’s why, in the midst of a cost-of-living crisis, we would strongly urge the Government to rethink these regulations and put the consumer first.”

So where does this ruling leave Kellogg’s and the rest of the food and beverage industry?

“The court has dismissed all of Kellogg’s arguments so this is the end of the road for Kellogg’s challenge,” said Katrina Anderson, food lawyer at Osborne Clarke.

“Apart from the obvious point that this means that the rules on volume promotion and placement will come into effect as planned this year, the courts comments also have implications for challenges more generally.  Kellogg’s sought to highlight many of industry’s concerns with the nutrient profiling model – particularly those relevant to breakfast cereals.

“The court has concluded that the various reviews of the HFSS model and the consultation on the new legislation was more than ample opportunity for industry to raise these concerns and the concerns that were raised have been properly considered by government. They have also said that the model itself should be treated as an established model and therefore need not have been specifically reviewed by Parliament when being used to create new rules.

“This effectively closes down the possibility for future challenges on the basis that the nutrient profiling model itself is problematic and sometimes produces results that seem counterintuitive such as cheeses and juices typically being classified as HFSS whereas a burger may not be.  It also means that the government will not be forced to allow Parliament to scrutinise the HFSS model either now or in the foreseeable future.

“In practice this means that most companies will focus on ensuring compliance with these rules and also the forthcoming advertising restrictions on HFSS as the legal avenues for challenge now appear to be largely exhausted.”