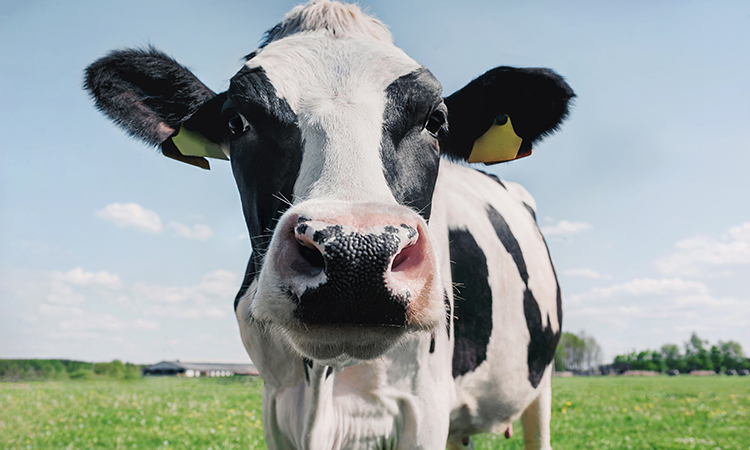 According to the two groups, long-standing global research and on-farm trials show that Bovaer can reduce methane emissions by around 30 percent with continued high animal welfare, supporting the companies’ commitment to sustainable dairy production.

Methane emission is one of the dairy industry’s biggest climate challenges; cows release methane into the environment constantly, which contributes to rising greenhouse gas emissions. Around 40 percent of total emissions from Arla Foods’ farms come from their cows’ digestion of feed and consequent methane production.

Arla Foods’ farmer owners are among the most climate efficient dairy producers in the world with an average C02e emission of 1.15kg per kg of raw milk, according to the dairy company.

The cooperative is set to pilot the use of the new feed additive Bovaer with 10,000 dairy cows across more than 50 farms in Denmark, Sweden and Germany.

“Climate change requires urgent action, and we believe that dairy is part of the solution,” said Executive Vice President and Head of Agriculture and Sustainability at Arla Foods, Hanne SØndergaard. “The results from our initial trials with Bovaer at both a research facility and one of our Danish farms are very promising. Together with DSM, we are now gaining practical on-farm experience by applying the feed additive in one of its largest pilot programs to date, and one of Arla’s biggest climate projects overall, with 10,000 cows. This is a great example of innovative scientific solutions and actions we are taking to create a sustainable and resilient future for dairy and I am excited to see how far this will take us.”

Throughout the summer and fall of 2022, Arla Foods will work with its farmer owners to ensure a diverse group of farms for the pilot program. During the on-farm pilots, farmers will receive Bovaer from their feed suppliers and mix it into the feed for their dairy cows. Arla will collect milk samples for analysis and comparison to milk from dairy cows not fed the feed additive. If preliminary findings are as expected, Arla Foods plans to double the pilot project to include 20,000 cows in 2023.

“Leaders of more than 100 countries recognise the urgency of cutting methane emissions as they pledged to make a difference at the UN Climate Change Conference, COP26, a few months ago,” said Mark van Nieuwland, Vice President of Bovaer at DSM. “The recent IPCC report on the impact of climate change tells us there’s no time to lose when it comes to reducing greenhouse gas emissions. Transforming livestock farming will be key to this and forward-thinking companies like Arla Foods are already working hard on sustainable dairy. Through our scientific innovation and collaboration, we can help achieve a sizeable reduction in emissions by changing the feed that animals eat every day and in doing so, support the health of animals, people and planet.”