The publication of two reports on emissions from the livestock sector have prompted manufacturers and agricultural organisations to call for action to reduce the impact farming has on the environment. 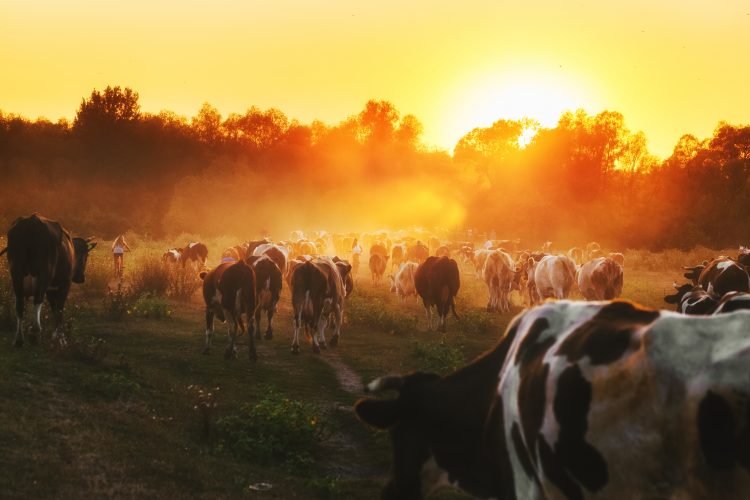 A report published by the consortium CIEL (Centre for Innovation Excellence in Livestock) has identified that greenhouse gas emissions from livestock could be significantly reduced, but only if wide scale and highly effective mitigations are adopted across UK farms.

Greenhouse gas emissions could be reduced from the main livestock types by 23 per cent and ammonia emissions by 15 per cent CIEL claims in the report, which is believed to be the first of its kind to model and collate data at this scale. It covers a range of mitigating scenarios in real life case studies across dairy, beef, sheep, pig and poultry farms.

“The need for improvement in herd or flock production efficiency should be the focus for most farmers in the drive to reduce their carbon footprint, and this report highlights that need. Increasing productivity per animal while reducing input costs, and maintaining overall productivity at the same level, is something we can do right now,” said Dr Mark Young, Head of Innovation at CIEL

“The importance of land use change aligned with feed ingredients was highlighted as an area where carbon footprinting and national inventory accounting were difficult to reconcile – since emissions of feed ingredients for UK livestock feed often occur in other countries. Overall, home grown ingredients, with no land use change, should be optimum to contribute to climate change mitigation,” added Professor Elizabeth Magowan of AFBI.

The publishing of the report coincides with the Intergovernmental Panel on Climate Change’s Sixth Assessment Report, which brings into stark contrast the need for the farming sector to have difficult discussions and make difficult decisions. Upfield, which owns brands such as Flora and I Can’t Believe it’s Not Butter, is just one of many to call for action.

“Important discussions started on the urgency with which we need to address methane as a contributor to the climate crisis at COP26 around fossil fuels, while methane in the food and agriculture sector was hardly mentioned,” said Sally Smith, Upfield’s Global Director of Sustainability & ESG.

“We are disclosing our methane footprint to set a precedent for methane transparency in the food sector. We want to help establish a methodology for measuring and disclosing methane, and to encourage action to rapidly reduce this harmful greenhouse gas.  If you think there is a better way to disclose methane, we would like to hear it.”

“This report is a sobering reminder that the window to securing a viable future for our children is rapidly closing,” added Stefan Schmitz, Executive Director for the Crop Trust.

“The climate crisis threatens food and nutrition security, and we urgently need to conserve plant biodiversity before it is lost. Only this will safeguard our food systems against a rapidly changing climate and geopolitical uncertainty. It is essential we build climate resilience, and there is no time to lose.”

Lyndsay Chapman, CEO of CIEL, was also keen to remind readers of the report that it also highlights that change on-farm requires collective effort.

“All those within the supply chains must work together to reduce emissions while still producing the nutritious, safe food the UK needs,” she said.

“Farmers cannot, and should not, be expected to deliver this on their own. This report re-confirms that we could deliver a large reduction in greenhouse gases to significantly contribute to the goal of net zero carbon by 2050, but even that requires universal adoption of the various known mitigations across all livestock farms in the UK – something we are not currently achieving.

“This emphasises the critical need for new innovations and for change to be rapid and widespread, actively supporting adoption of both known and new mitigations,” Chapman concluded.