Is seaweed the secret weapon in the fight against methane?

The IGFS at Queen’s University Belfast believe that using seaweed to feed farm animals will help cut down methane emissions by at least 30 percent. 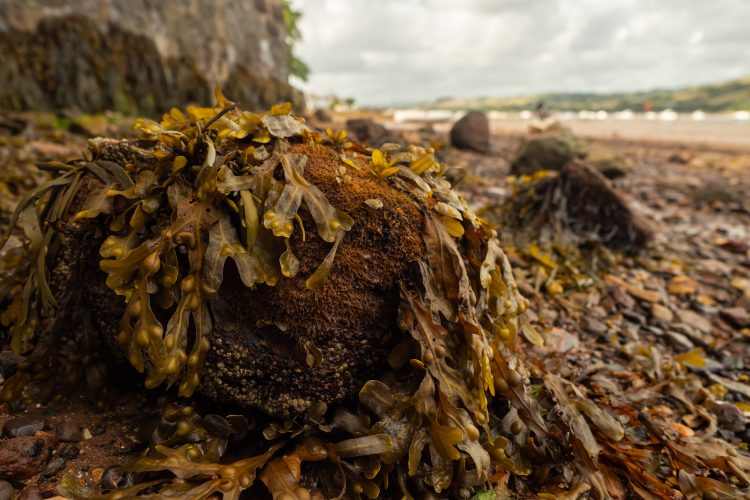 Though it might not look appetising in this form, seaweed could be key to reducing methane emissions

As COP26 continues to debate methane – with the US And EU having pledged to reduce methane outputs from by upwards of 30 percent by 2030 – scientists at the Institute for Global Food Security (IGFS) at Queen’s University Belfast are to feed seaweed to farm animals in a bid to slash methane by at least 30 percent.

Seaweed has long been hailed a ‘superfood’ for humans but adding it to animal feed to reduce methane gas released into the atmosphere by ruminants’ burping and flatulence is a relatively new idea. Early laboratory research at IGFS has shown promising results using native Irish and UK seaweeds.

Previous research in Australia and the USA generated headline results – up to 80 percent reductions in methane emissions from cattle given supplements from a red seaweed variety. These red seaweeds grow abundantly in warmer climates; however, they also contain high levels of bromoform – known to be damaging to the ozone layer. Seaweed indigenous to the UK and Ireland tends to be brown or green and does not contain bromoform.

UK and Irish seaweeds are also rich in active compounds called phlorotannins, found in red wine and berries, which are anti-bacterial and improve immunity so could have additional health benefits for animals.

Now the IGFS says it is moving into the field, with trials on UK farms about to begin, using seaweed sourced from the Irish and North Seas as a feed supplement for cattle.

One 3-year project is in partnership with the UK supermarket Morrisons and its network of British beef farmers who will facilitate farm trials. The project also includes the Agrifood and Biosciences Institute (AFBI), in Northern Ireland, as a partner.

A second project sees IGFS and AFBI join a €2million, international project – led by Irish agency An Teagasc – to monitor the effects of seaweed in the diet of pasture-based livestock. Seaweed will be added to grass-based silage on farm trials involving dairy cows in NI from early 2022.

As well as assessing methane emissions of the beef and dairy cattle, IGFS says these projects will assess the nutritional value of a variety of homegrown seaweeds, their effects on animal productivity and meat quality.

IGFS lead Sharon Huws, Professor of Animal Science and Microbiology within the School of Biological Sciences, said she expected the combined research to evidence a reduction in GHG emissions of at least 30 percent.

“The science is there. It’s simply a matter of providing the necessary data and then implementing it. Using seaweed is a natural, sustainable way of reducing emissions and has great potential to be scaled up. There is no reason why we can’t be farming seaweed – this would also protect the biodiversity of our shorelines.

“If UK farmers are to meet a zero-carbon model, we really need to start putting this kind of research into practice. I hope IGFS and AFBI research can soon provide the necessary data and reassurance for governments to take forward,” she said.