Results of a survey completed by National Craft Butchers (NCB) has revealed the steps local butchers are taking to try to improve the climate credentials of their trade. 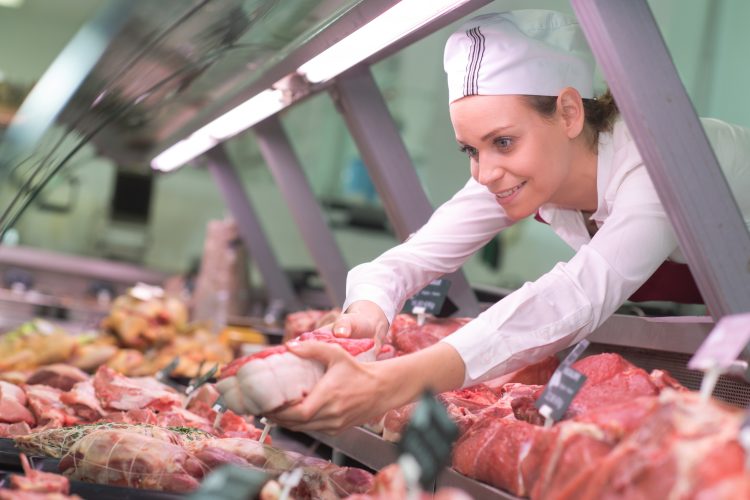 National Craft Butchers (NCB), the trade body representing quality independent retail butchers, launched their first ever survey of British Butchers in July 2021, reaching out butchery businesses across Britain. The NCB claims its results demonstrate an ongoing commitment by butchers in the UK to tackling climate change and improving the sustainability of the meat sector.

87 percent of respondents to the survey prioritise local produce in their shops, while six out of 10 prefer to sell Grass fed, Organic or Free-Range meat. In addition, 38 percent said they buy animals live direct from market for full traceability, while two-thirds rely on a small local abattoir to supply their meat.

Over the last 18 months shopping habits have changed, with the survey revealing that

60 percent of butchers have experienced changes in their usual customer profile since March 2020 – the biggest change being the arrival of younger shoppers who want to shop locally and care about where their meat comes from.

“As COP26 continues the results of our first Butchers Survey are a timely reminder that British Craft Butchers, like the farmers that supply them, take climate change seriously,” said the NCB.

“They sell high quality, responsibly farmed British meat because they believe it’s the best, and so, in increasing numbers, do their customers.”

With the meat sector on the end of a lot of criticism when it comes to climate change, it’s perhaps surprising to read that climate change remains high on the agenda for local butchers across the UK.

Professor Chris Elliott, in his most recent column for New Food, also raised concerns over a solely plant-based future.“Animal based food products, especially milk and meat, have come under a huge amount of scrutiny and, indeed, attack in recent years. And, in the lead up to COP26, this debate has only intensified,” he wrote.

“I have no huge objection to this, as long as the food they (plant-based manufacturers) produce is actually sustainable and provides the same level of nutrition as their livestock-based equivalents. So far, based on the information that is available – which is not readily accessible – I am far from convinced this is the case,” he added.