The ‘salami slice’ approach adopted by manufacturer CPUK has meant the move to lower sugar content has been gradual and has been accompanied by an increase in fibre content too. 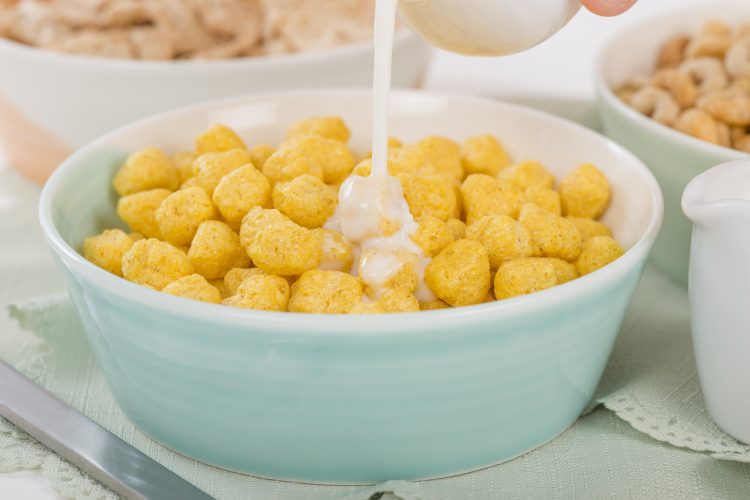 Cereal Partners UK (CPUK), the maker of Nestlé breakfast cereals, is removing an estimated 59 million teaspoons of sugar and three million teaspoons of salt from its products, as it continues this year its staggered ‘salami slice’ reformulation approach to improve the nutritional profile of its cereals.

By the end of 2021, this means there will be up to 16 percent less sugar and 50 percent less salt across Coco Shreddies, Frosted Shreddies, Honey Cheerios, Nesquik, Cookie Crisp and Golden Nuggets. CPUK says the small and gradual reductions – which it refers to as the ‘salami-slice’ approach – has allowed the business to maintain taste, while improving its products’ nutritional content, including the addition of more whole grain to its cereals.

Part of a longer-term reformulation journey, the changes also mean the products no longer have any red traffic lights under the UK Government’s current front of pack labelling scheme. For example, Nesquik is moving from an amber to green traffic light for salt, and from a red to amber traffic light for sugar.

Coco Shreddies, Frosted Shreddies, Honey Cheerios, Nesquik, Cookie Crisp and Golden Nuggets will also join a number of CPUK’s other family-favourite products, including Shredded Wheat, Shreddies Original and Multigrain Cheerios, in being classified as non-high in fat, sugar and salt (non-HFSS) according to the UK Government’s Nutrient profiling model.

“The sugar and salt reductions we’ve achieved this year are evidence of our long-term commitment and ambitious plans to improve the nutritional value of our cereals. Our journey began in 2003, and our priority has been to maintain the same great taste consumers know and love, while simultaneously providing options that are convenient, affordable and nutritious,” said Gharry Eccles, Vice President UK & Oceania, Cereal Partners Worldwide (Nestlé & General Mills) .

“I’m pleased with the strides we have made as a business. There’s no doubt this is a significant milestone for us, and we are committed to playing our part in encouraging healthier lifestyles in the UK.”

As a result of increasing whole grain content, CPUK says it added 106 million more 16g servings of whole grain to its cereals between 2010 and 2020, and all products with the signature front-of-pack green banner have whole grain as their number one ingredient.

“We’ve found little and often to be the most successful method of product renovation – the salami slice approach.  It means we’ve been able to increase whole grain content in parallel to our sugar reduction work to create a ‘sugar vs. whole grain’ seesaw pattern across many of our brands. For example, back in 2003, Golden Nuggets contained no whole grain at all, and now it’s the number one ingredient. This approach marks our commitment to constant improvement and providing breakfast meals with key fibre and micronutrients to millions of people in the UK,” added Julie Foster, Nutrition, Regulatory and Scientific Affairs Manager, Cereal Partners Worldwide UK & Oceania.

“We are also innovating to create new, low sugar versions of family favourites. Having launched our low-sugar Shreddies The Simple One earlier this year, last week we added another new and delicious low-sugar NPD to our portfolio, Cheerios Vanilla O’s, which has less than five percent sugar. We know we can still go further and are excited for what’s next.”

How to make your brand more lovable