An important study of UK prawns has revealed that nearly half of those surveyed were contaminated with Vibrio, with shell-on prawns more likely to be affected than peeled prawns. 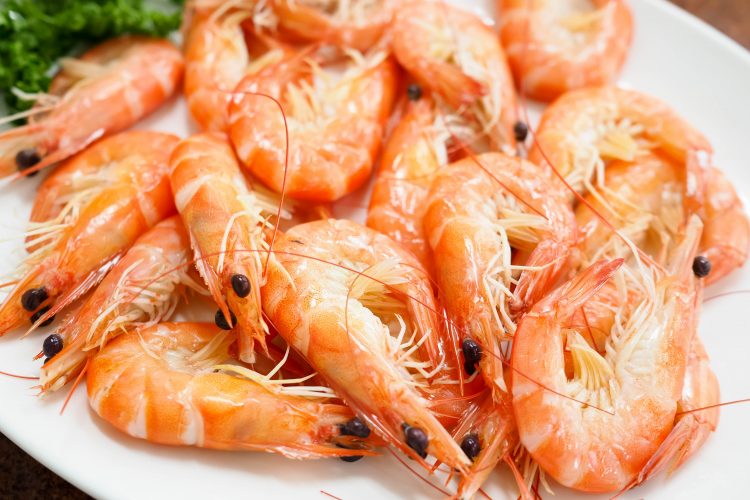 Quadram Institute researchers have carried out a survey of prawns in the UK for Vibrio bacteria, in an effort to understand the bacterium’s potential contribution to human disease and its resistance to antibiotics.

They found that whilst 46 percent of prawns were contaminated with Vibrio, the specific strains of bacteria identified found pose no immediate risk to food safety as they do not cause severe disease in humans. Furthermore, contamination was far lower in cooked prawns.

However, the study calls for better future surveillance to protect the public against increased risk of contamination driven by climate change, which could introduce more dangerous types of Vibrio into the UK’s food chain.

Vibrio bacteria are commonly found in estuary or marine environments and include a large number of diverse species. Most species are harmless, as was the case with those identified in this study, but some can cause mild to severe gastroenteritis through eating contaminated seafood. They can also cause wound infections through exposure to contaminated water.

Researchers collected over 200 different fresh and frozen prawn samples from a variety of retail sources of different sizes and locations. The research was supported by the Food Standards Agency and the Biotechnology and Biological Sciences Research Council (BBSRC), part of UKRI.

The Vibrio bacterial DNA derived from each sample was subjected to Whole Genome Sequencing (WGS). This reveals the entire genetic code, and allows the Vibrio to be classified at the species, strain and variant levels. It can also be used to identify genes that are associated with disease and resistance to antibiotic drugs.

Their findings, published in the journal Microbial Genomics, show the diversity of Vibrio species present in prawns consumed in the UK. In all, a third of prawns carrying Vibrio had multiple species, or diverse strains of the same species, identified.

The use of antibiotics is a common practice in prawn farming, and antibiotic resistance genes were identified in 77 percent of Vibrio from this study, with some resistant to multiple drugs of importance to protecting human health.

The method of processing had an impact on the presence of Vibrio. For example, shell-on prawns were more commonly found with Vibrio than peeled prawns, while contaminated samples were mainly confined to raw prawns, confirming that cooking was effective at minimising risks to food safety. However, the presence of

Vibrio on a small number of cooked samples shows some routes still open to contamination, but these were not strains linked to foodborne disease.

With the UK importing the vast majority of its prawns from abroad, the researchers say this ongoing research will be critical to monitor any arrival of more dangerous strains. The diverse Vibrio population in prawns uncovered by this study demonstrates how WGS can be used to track trends and trace emerging and potentially dangerous strains in our food system.

“Through this survey, we found prawns purchased at retail in the UK carry a diversity of Vibrio species and antibiotic resistance genes,” said Dr Nicol Janecko from the Quadram Institute.

“The survey has not only provided clarity into the current level Vibrio contamination in prawn products in the UK, it has created a framework to direct further efforts into protecting food safety as we move into the future.”