Researchers have determined the right amount and combination of sushi to eat based on the study of 100 samples of different types of sushi. 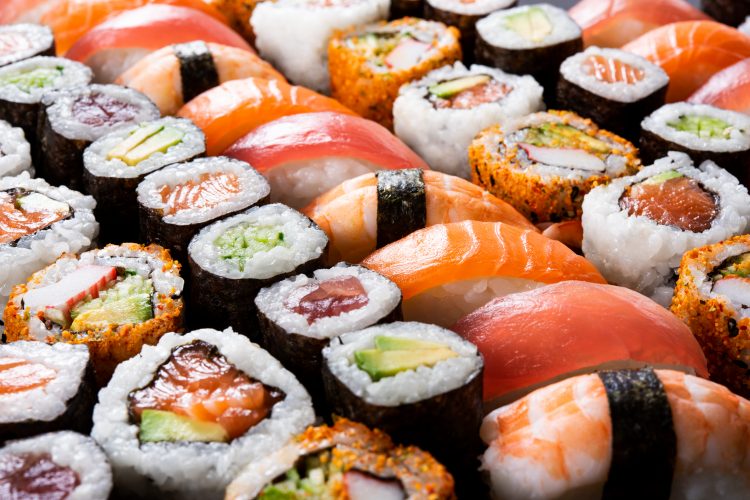 Eight pieces of salmon-based maki, nigiri or sashimi or maki unagi (eel) is the safest combination of sushi for adult and adolescent populations. That is one of the findings of TecnATox (Centre for Environmental, Food and Toxicological Technology), a joint research group from the University of Rovira i Virgili in Catalonia and the Pere Virgili Health Research Institute (IISPV), which has analysed the presence of arsenic and various heavy metals in sushi.

The consumption of sushi has increased significantly since the start of the 21st century, as has the number of restaurants offering it throughout the region. Although eating fish is often recommended because of its high nutritional value, it can also lead to exposure to contaminants, such as heavy metals. Likewise, rice is a food that provides many nutrients and fibre and is low in fat, but researchers warn it too can be source of pollutants such as arsenic.

The research group analysed the concentrations of various toxic elements (cadmium, nickel, lead, mercury, inorganic arsenic and methylmercury) and iodine in a hundred pieces of sushi, specifically those known as sashimi (raw fish), maki (a seaweed roll stuffed with rice, raw fish or other ingredients) and nigiri (balls of rice with fish or seafood on top). The researchers also calculated dietary exposure to all of these contaminants in various population groups (infants, adolescents and adults) and evaluated the risks to health.

The main results show a significantly higher concentration of inorganic arsenic in maki and nigiri, compared to sashimi, a finding associated with the presence of rice. They also show higher levels of mercury and methylmercury in sushi that contains tuna due to the bioaccumulation and biomagnification of this metal.

The research group also wanted to determine how the consumption of this foodstuff varied in different groups of the population. They examined an average intake of eight pieces of sushi in adults and adolescents and an average intake of three pieces in infants and found an increase in exposure to nickel and lead, although this remained within safe established levels.

“The most worrying finding concerns methylmercury, a highly neurotoxic compound, for which there was an estimated exposure of 0.242 μg per kg of bodyweight in adolescents, a value higher than the safe daily limit established by the European Food Safety Authority (EFSA)”, explained Montse Marquès, one of the researchers who worked on the study.

Finally, the results were analysed as a whole to determine which combinations of sushi do not represent a risk. “We recommend that people combine eight pieces of salmon-based maki, nigiri or sashimi or maki containing unagi (eel) and limit their consumption of any type of sushi containing tuna”, said Marquès.

The researchers stressed that the amounts of sushi analysed constitute only one of the five recommended meals a day. This means that the consumption of other foods throughout the day may also lead to exposure to certain toxic elements, such as arsenic (present in rice and rice-based foods), mercury (present in tuna and swordfish) or nickel (present in vegetables, pulses and cereals).

Due to its nutritional benefits, the researchers still recommend the consumption of sushi, but they were also keen to reiterate the need to do so in moderation in order to minimise the intake of certain food toxins.