The survey shows considerable support for a tax on plastic packaging, though there has been criticism of the proposed bill’s lack of consideration for compostable alternatives. 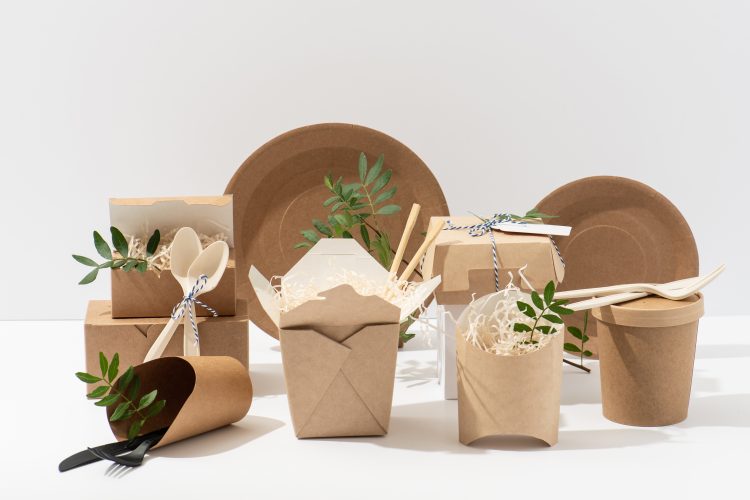 The majority of the British public want to get rid of plastic packaging on their food and have compostable packaging instead, a new poll has revealed.

The survey also found that most (83 percent) are supportive of a tax on plastic packaging to curb plastic waste. It found strong public support for compostable packaging as a sustainable alternative to traditional plastic packaging.

Of those asked, 83 percent would prefer their food to be wrapped in compostable rather than traditional plastic packaging for environmental reasons.

More than eight in 10 (83 percent) agree that a tax aimed at reducing the amount of plastic packaging used by food and drink manufacturers is a good idea in principle, while 80 percent believe the tax should treat compostable materials differently to traditional plastic.

The Yonder survey of 2,085 UK adults, commissioned by TIPA – a producer of compostable materials – comes amid the UK Government’s plans to roll out a Plastic Packaging Tax, set to launch in April 2022.

The poll shows strong support for the tax in principle – yet many campaigners and members of the public have expressed concerns that the proposed tax does not make allowances for compostable packaging solutions.

Currently the tax incorporates compostable packaging as if it were traditional polluting plastic. This differs from many other countries, such as Italy, Ireland and Japan, which have enacted policies promoting compostable materials.

Industry leaders, politicians and campaigners argue that including compostable packaging in the same tax category as traditional plastic undermines the purpose of compostable materials, which could be seen as a solution to plastic waste rather than a contributor.

Last week Baroness Bakewell addressed the House of Lords, calling on the Government to recognise the role of compostable materials in reducing plastic pollution, with the UK’s upper chamber debating the issue just this week.

“Plastic films are extremely hard to recycle, and even if they are recycled are seldom if ever recycled into new films. The idea of a ‘circular economy’ on such packaging is just an illusion,” said Baroness Bakewell.

“By contrast, compostable films can be an appropriate substitute, and more sustainable than conventional films from recycled sources.  The unintended consequence of the plastics tax as it stands is that these innovative solutions are perversely penalised.  My amendment to the Environment Bill would ensure that independently certified compostable films are treated as separate and distinct from conventional plastics.”

“There is not one silver bullet solution to our plastic crisis; instead there will be a myriad of alternatives as we switch to better, more sustainable materials and systems. Consumers have rightly recognised that there is a place for compostable materials in our future,” added Sian Sutherland, Co-Founder of A Plastic Planet.

“When compostables are used as a conduit to take food waste into the food waste and composting system, this is a double whammy win for the environment. They help us create more compost for our hungry soils and they help reduce plastic pollution of our soil. What doesn’t make sense is for Ministers to persist with policies that fail to recognise the beneficial uses of compostables and treat them in exactly the same way as conventional plastics that do nothing but harm to our soils and our oceans.”