How sustainable is tuna fishing?

The scientists behind a new study into the carbon footprint of tuna fishing claim that, in some cases, its carbon impact is comparable to that of land-based protein sources. 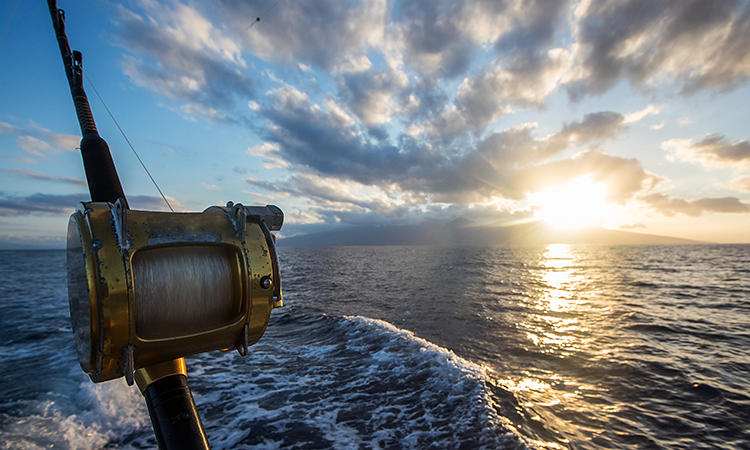 A new study published in Elementa by researchers at the University of California, Santa Cruz and the National Oceanic and Atmospheric Administration (NOAA) examines traditional aspects of seafood sustainability alongside greenhouse gas emissions to better understand the “carbon footprint” of US tuna fisheries.

According to those behind the study, climate change could bring dramatic changes in the marine environment that threaten seafood productivity and sustainability. That’s one reason why researchers set out to broaden the conversation about sustainability in seafood by comparing the carbon emissions of different tuna fishing practices.

The paper also puts those emissions in context relative to other sources of protein, like tofu, chicken, pork, or beef. In particular, the study examined how the carbon footprint of tuna was affected by how far from shore fishing fleets operated, or what type of fishing gear they used.

“This can be an opportunity to look at fisheries from different angles, all of which may be important,” said Brandi McKuin, the study’s lead author and a postdoctoral researcher in environmental studies at UC Santa Cruz.

Generally speaking, less selective tuna fishing gear – like purse seine nets that scoop up many tuna all at once – are more likely to accidentally catch other species during the fishing process. That’s called bycatch, and it’s a conservation concern that often factors into seafood sustainability assessments.

But selective equipment targeted more specifically for tuna, like trolling lines that reel fish in one at a time, typically have a higher carbon footprint, according to the study’s estimates. That’s because fishing vessels using these methods had to travel greater distances or spend more time on the water to catch their allotment of fish, which meant they used more fuel.

In one example in the study, skipjack tuna had up to 12 times more estimated climate forcing when produced with trolling gear rather than purse seine gear. Skipjack from purse seine fleets had an estimated carbon footprint almost low enough to compete with plant-based protein sources, like tofu, but this style of fishing can have relatively high bycatch. On the other hand, skipjack produced from trolling has almost no bycatch, but the study estimates its carbon footprint falls on the higher end of the protein spectrum, between pork and beef.

There were other fishing methods that the study claims struck more of a balance. Albacore tuna caught on trolling and pole-and-line fishing gear by the North Pacific surface methods fleet had both negligible bycatch and relatively low estimated climate impacts.

Comparing bycatch, carbon footprints, and other environmental criteria can get complicated for seafood consumers, but overall, the study claims that tuna had a relatively low estimated carbon footprint: less than or similar to that of chicken and lower than beef or pork, for most of the fishing methods studied.

“Given recent headlines about how much carbon is unleashed by commercial fishing activities, it’s important to have a rigorous, peer-reviewed data analysis which demonstrates the carbon footprint of tuna fishing activities is favourably low compared to many land-based food protein production alternatives,” said Stephen Stohs, a co-author of the study who is a research economist at NOAA Fisheries’ Southwest Fisheries Science Center.

The study says consumers could choose to eat seafood with negligible bycatch impacts but a higher climate impact less often, just as some people choose to eat beef less often due to its climate impact. But the fishing industry may also be able to innovate in ways that would continue improving seafood sustainability on multiple fronts.

Seafood producers with lower carbon footprints could look for ways to further reduce their bycatch, while those with higher carbon footprints can work to improve their efficiency, whether in catching fish or using fuel. The study provides several policy recommendations to help fisheries reduce their carbon footprints, including shifting fuel subsidies to more sustainable sources and offsetting emissions, though the researchers acknowledge that more information is required before any decisions on this matter can be made.

One response to “How sustainable is tuna fishing?”