Researchers have developed a new way to rank foods which aid both diet and sustainability goals, taking into account all seven world regions. 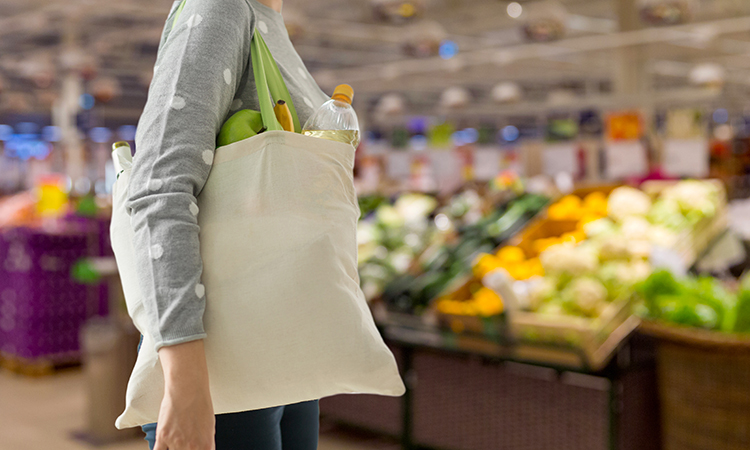 Everyone worldwide can adopt a diet that is healthy and sustainable without giving up entire food groups, according to a new report.

Researchers from the Barilla Foundation and Federico II University, Naples, assessed different foods according to their impact on human and planetary health, and ranked them to design a “Double Health and Climate Pyramid”.

The Double Pyramid, launched under the patronage of the Italian National Commission for UNESCO, provides a tool which the creators say will guide everyone towards a diet that reduces the risk of disease while also limiting climate impact.

The findings suggest a healthy and sustainable diet based on a large amount of plant-based foods, with varied protein sources including legumes, nuts, fish and poultry. Unlike many dietary guidelines, the findings do not require consumers to give up red meat, dairy, or even cakes and pastries, but do indicate the appropriate frequency and portion to meet health and sustainability targets.

“The Double Pyramid aims to communicate in a simple and direct way the features of a balanced, healthy, and sustainable diet by advising on the appropriate frequency of consumption for all food groups,” said Dr. Marta Antonelli, Head of Research at the Barilla Foundation and one of the report’s authors.

“Compared to other tools, the Double Pyramid has the advantage of taking into consideration all eating occasions, such as snacks, street food or lunches, and also going beyond a single meal by giving a daily and weekly perspective on frequencies of food consumption.” 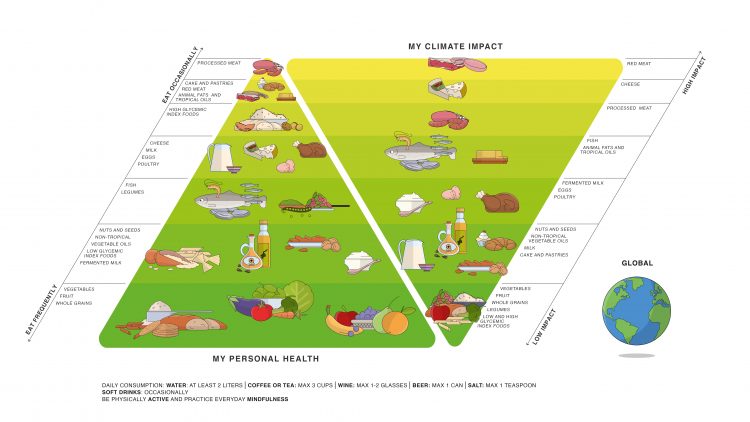 The Double Pyramid ranks foods on sustainability and dietary impact

The Double Pyramid has also been adapted for seven world regions, say the creators, taking into account local culture and regional food.

According to the researchers, diet-related costs due to mortality and non-communicable diseases are projected to exceed US$1.3 trillion per year by 2030, whereas the cost of global greenhouse gas emissions is estimated to reach US$1.7 trillion in the same timeframe. At the same time, some 690 million people worldwide lack sufficient food.

“What is clear from this new report is that sustainably produced, high-quality nutrient-dense foods must be accessible and affordable for all,” said Gabriele Riccardi, Professor of Endocrinology and Metabolic Diseases, University of Naples “Federico II”.

The report makes 10 recommendations based on the learnings from the Double Pyramid, including the adoption of greener food procurement policies, educational initiatives for farmers, producers and the public, and subsidies for nutritional and sustainable foods.

“Today, we face the major challenge of resetting food systems from farm to fork, as they are currently failing to provide adequate and equitable food for all, while posing an unsustainable burden on ecosystems and natural resources,” said Danielle Nierenberg, President of Food Tank and a member of the Barilla Foundation Advisory Board.

“We know that the capacity to produce food, the well-being of ecosystems and human health are inextricably linked, and now, thanks to the Double Pyramid, we have a science-based tool to rethink our food habits.”