Can we use abandoned crop fields to produce more biofuel?

Researchers have identified a vast area of land perfect for biofuel cultivation which may help resolve ethical debates over biofuel vs. food production. 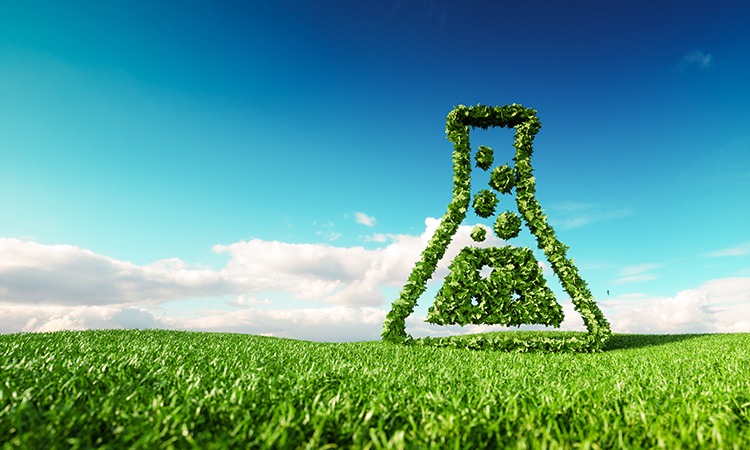 Growing perennial grasses on abandoned cropland has the potential to counteract some of the negative impacts of climate change by switching to more biofuels, according to a research group from the Norwegian University of Science and Technology (NTNU) in a study published in Nature Sustainability.

Researchers consider increased use of biofuels to be an important part of the solution to reduce CO2 emissions. But the production of plants for biofuels can have some unfortunate trade-offs.

Now the NTNU researchers have come up with a scenario that would put less pressure on food production and plant and animal life.

“We can grow perennial grasses in areas that until recently were used for growing food but that are no longer used for that purpose,” explained Jan Sandstad Næss, a PhD candidate at the Industrial Ecology Programme at NTNU.

These areas usually remain cultivable and have the advantage that they are already connected to farms, which means that the infrastructure is in place and they are close to markets.

Biofuels come in several varieties. Common to all is that plants are broken down and transformed into a product we can use as fuel in vehicles and machines, for example.

But corn, wheat, rapeseed and soybeans that become biofuels instead of food affect people’s ability to feed themselves, making the choice for biofuels ethically questionable. Wild areas cleared to grow biofuels can also compromise biodiversity.

In many of the scenarios that the researchers explored, the production of biofuels would not compete with food production or wilderness, but would instead use cropland that has been abandoned due to more efficient food production or because plant based foods have replaced more land-intensive meat production.

Until now, no one has calculated the extent of areas available for this type of grass cultivation. Næss and his colleagues, Professor Francesco Cherubini and researcher, Otávio Cavalett, investigated the question by examining satellite images from around the world. Cherubini is also director of NTNU’s Industrial Ecology Programme.

“We found 83 million hectares, or 830,000 square kilometres, of areas that until recently were used for food production but now no longer are,” Næss said.

These locations roughly correspond to the land area of Sweden and Norway combined, including Svalbard, or the equivalent of five percent of the area currently used for food production worldwide.

The research group believes that most of these areas can be used to grow perennial grasses for biofuels instead of leaving them unused by humans. However, there is uncertainty around how much of the biofuel demand these areas can actually fulfil.

Biofuel production on abandoned cropland “could provide the energy equivalent of between six and 39 exajoules each year,” said Cavalett.

“This corresponds to between 11 and 68 percent of today’s bioenergy needs and two to 47 percent of the production of biofuels needed in 2050, given the assumption that we limit the global temperature increase to 1.5°C.”

Finding a solution which serves both the constant global demand for energy but also protects the food security of some of the most vulnerable communities on earth is of course no mean feat, yet perhaps this recycling of land could provide some answers.