Safety concerns over US meat, due to the presence of ractopamine used by some US farmers, were expressed vividly in parliament. 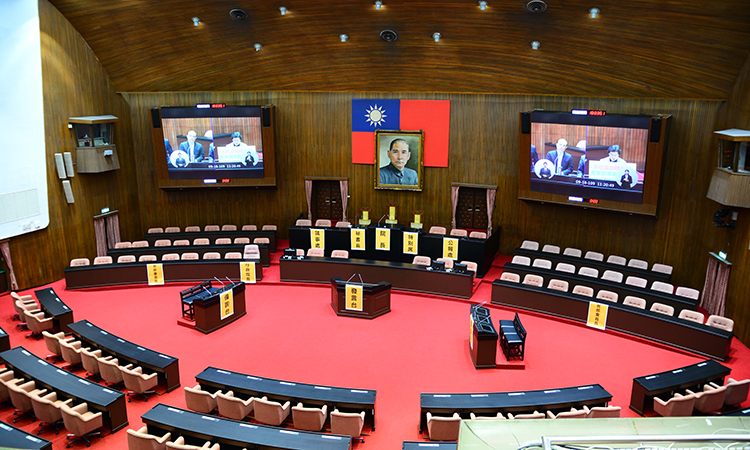 Taiwan's Legislative Yuan did not look this clean last week...

There was pandemonium in the parliament of Taiwan last week, as pig entrails were thrown at politicians attempting to pass a law which would lift the ban on US meat imports.

Taiwan’s Premier Su Tseng-chang of the ruling Democratic Progressive Party (DPP) was due in parliament last week to announce the new legislation, yet his appearance was disrupted by members of the Chinese nationalist party, the Kuomingtang (KMT). They blew whistles and held placards aloft on the floor of Taiwan’s Legislative Yuan in Taipei, and even attempted to block Su Tseng-chang’s path by placing bags of pig organs in his way.

What followed were chaotic scenes not expected in any legislative chamber, as members of the DPP tried to stop the KMT’s protests. Physical altercations erupted on the floor of the chamber, with pig organs flying through the air as they were hurled at DPP members. The aftermath revealed strewn placards and offal on the floor of the Yuan.

The issue of US imports into Taiwan, or the Republic of China as it is also known, is a sensitive one. The DPP chose to lift the ban earlier in the year, but there are fears, both within the KMT and the general public, that US meat is not safe for consumption due to the use of ractopamine. The animal feed additive is used by some US farmers to promote leaner meat, but it is banned in the EU, Russia and the People’s Republic of China.

Recent protests in Taiwan have seen large inflatable pigs flying overhead, indicating that, perhaps, there is a lack of support for the relaxing of the ban. However, others see the actions of the DPP as an attempt to build a trade deal with Washington.

According to the BBC, the DPP called the events last week “a disgusting protest” and a waste of food that “stank up” the parliament. The party urged for a return to a more rational debate in the Yuan.

The opposing KMT felt that last week’s messy protests were their only remaining option, however. According to The Guardian, the party said: “In order to protect people’s health and protect the bottom line of food safety, the opposition party cannot but resist.”