The pest is expected to spread to parts of the US as well as major areas of Asia and Central America, according to the report written by scientists at the CABI. 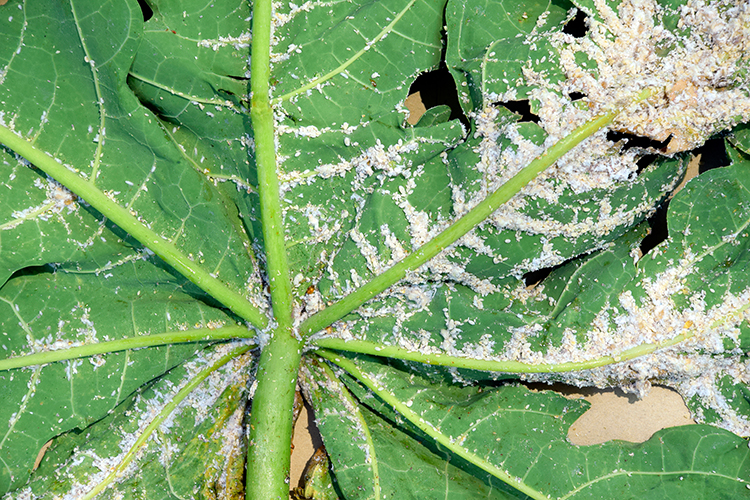 Scientists from the Centre for Agriculture and Bioscience International have mapped the potential global spread of the devastating papaya mealybug (Paracoccus marginatus), highlighting new areas in Africa, Asia and the Americas into which this pest could potentially invade.

The papaya mealybug, which is native to Mexico and Central America, can have severe impacts upon livelihoods and food security. In Ghana, for example, infestations led to a 65 percent yield loss which reduced export earnings and resulted in the loss of 1,700 jobs.1

Despite the pest requiring certain ecological conditions in which to thrive, scientists have outlined several areas around the world in which the mealybug may spread to, if it is not already present. The researchers, led by CABI’s Dr Elizabeth Finch, believe the polyphagous insect pest, which affects over 200 plants (including economically important crops such as papaya, cassava and avocado), could spread to areas such as the south of the Democratic Republic of Congo, northern Cameroon, Zambia, Madagascar and western Ethiopia.

Florida has already reported cases of papaya mealybug (it’s being controlled via wasps there),1 but researchers think that parts of southern Texas could be hospitable for the pest. Most of Central America could also become home for the pest, although scientists have suggested it might already be present there, just not reported.

In Asia, the areas with suitable conditions are more expansive, suggesting the potential for further expansion of papaya mealybug specifically in India, Southeast Asia, and the southern regions of the Guangxi and Guangdong provinces of southern China.

The majority of Australasia has been categorised as being too hot for the mealybug, while most of Europe is too cold – only Seville and Sicily are exceptions to this.

Dr Elizabeth Finch, one of the authors of the report, explained why the papaya mealybug is so concerning: “This pest has been so successful due to its quick development and prolific reproductive capacity. It has the potential to spread to new areas and rapidly reach high numbers unless suitable phytosanitary or control methods are implemented.

“Information about the papaya mealybug’s potential distribution is important as it can highlight key areas susceptible to invasion, giving an early warning to decision makers, allowing them to put into place phytosanitary measures to prevent or slow the invasion of the pest into their jurisdiction.”