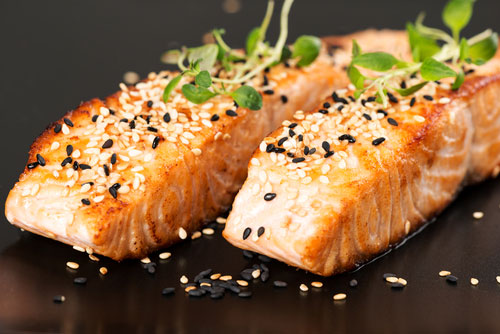 The US Food and Drug Administration (FDA) has approved the first genetically engineered animal intended for food, AquAdvantage Salmon. “The FDA has thoroughly analysed and evaluated the data and information submitted by AquaBounty Technologies regarding AquAdvantage Salmon and determined that they have met the regulatory requirements for approval, including that food from the fish is safe to eat,” said Bernadette Dunham, D.V.M., Ph.D., director of the FDA’s Centre for Veterinary Medicine.

Based on a comprehensive analysis of the scientific evidence, the FDA determined that AquAdvantage Salmon meets the statutory requirements for safety and effectiveness under the Federal Food, Drug, and Cosmetic Act. Among the requirements the sponsor had to meet are that food from the fish is safe to eat; the rDNA construct (the piece of DNA that makes the salmon grow faster) is safe for the fish itself; and the AquAdvantage Salmon meets the sponsor’s claim about faster growth. In addition, the FDA determined that food from AquAdvantage Salmon is as safe to eat and as nutritious as food from other non- genetically engineered Atlantic salmon and that there are no biologically relevant differences in the nutritional profile of AquAdvantage Salmon compared to that of other farm-raised Atlantic salmon.

The FDA has determined that the approval of the AquAdvantage Salmon application would not have a significant environmental impact because of the multiple and redundant measures being taken to contain the fish and prevent their escape and establishment in the environment. These measures include physical barriers placed in the tanks and in the plumbing that carries water out of the facilities to prevent the escape of eggs and fish. The AquAdvantage Salmon are also reproductively sterile so that even in the highly unlikely event of an escape, they would be unable to interbreed or establish populations in the wild.

The FDA has said it will maintain regulatory oversight over the production and facilities, and will conduct inspections to confirm that adequate physical containment measures remain in place.

“We recognise that some consumers are interested in knowing whether food ingredients are derived from genetically engineered sources,” said Susan Mayne, Ph.D., director of the FDA’s Center for Food Safety and Applied Nutrition. “The FDA is issuing two guidance documents that explain how food companies that want to voluntarily label their products can provide this information to consumers.”