New insights into the plausibility of a fully-automated laboratory are giving industry food for thought. 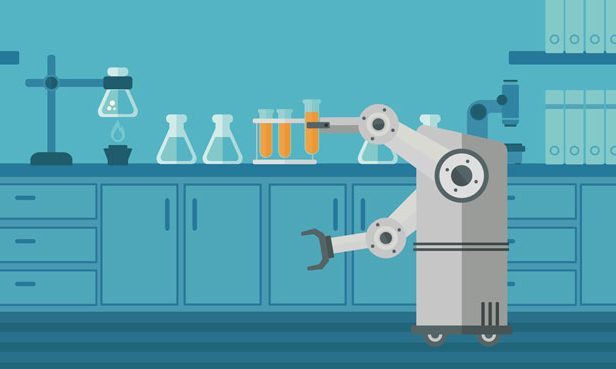 The concept of a fully automatic laboratory that identifies which experiments are needed and carries them out, without human intervention, is not new. In fact, the idea has taken many forms, with names such as “self-driving labs”, “chemputer” and “The Artificial Chemist” being coined in recognition; but how realistic is it?

IDTechEx – a facilitator of business intelligence for emerging technologies – is ideally placed to assess the plausibility of this vision and they suggest the notion is easily within reach. In a detailed report, the research company has identified three core technology pillars that are required to bring the concept of a self-driving laboratory to fruition – one of which already exists and can have an immediate impact.

The role of laboratory informatics and robotics can take numerous forms, including established high-throughput experimentation through to full digital platforms and integrated sensors to monitor experiments. Stepping away from the potential human-less end goal, these developments are having an immediate impact on the reproducibility, capacity to internally share, safety, and rate of generating experimental data, according to the report.

Materials informatics plays a key role in each stage of the experimental cycle and institutions such as Harvard University, University of Toronto, and the University of Glasgow have investigated this field, resulting in spinouts such as Kebotix and DeepMatter Group having commercialised these developments.

The self-driving laboratory vision in motion

The company reports that there are already notable examples of early versions of this final goal. One early study was demonstrated by the US Air Force Research Laboratory in collaboration with Lockheed Martin wherein they combined high-throughput CVD synthesis of SWCNTs with AI-led techniques, to create an Autonomous Research System (ARES). They demonstrated that the system could learn to optimise the growth of nanotubes by controlling various experimental parameters.

IDTechEx also reflect on a recent acceleration of demonstrations in this area. In 2020, North Carolina State University and the University at Buffalo showed a proof-of-concept in which an appropriate quantum dot (a man-made nanoscale crystals that that can transport electrons) could be identified and produced in less than 15 minutes for any colour. Similarly, work from the University of Glasgow explored coordination chemistry through the discovery of new supramolecular complexes with an “autonomous chemical robot.”

Robots will support, not replace, growers in the future…

For more information on the market report, click here.