Can we lower dairy carbon emissions without losing out nutritionally?

New research published in the Journal of Dairy Science has investigated the possible effects of reducing dairy farming in the United States, finding that balance between nutrient provision and carbon emissions is a fine line to walk. 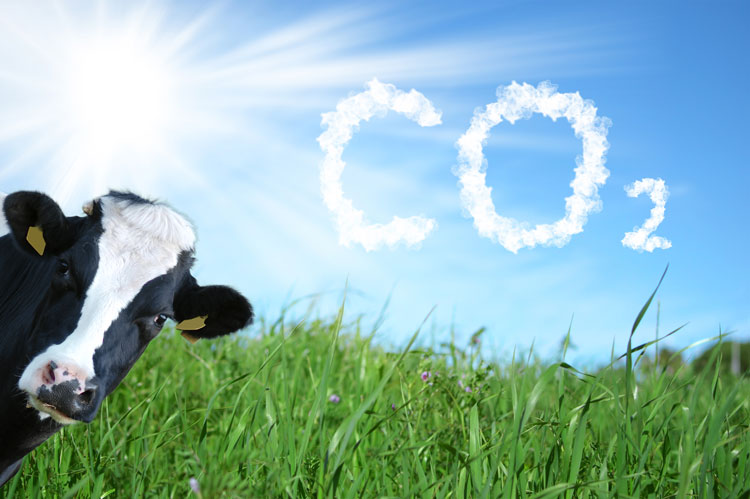 With an ever-increasing global population, comes an inevitable need to increase food production – all with an eye on simultaneously reducing greenhouse gas emissions.

Given that a popular proffered solution has been to eliminate or reduce animal production in favour of plant production, scientists in the US have studied the effects of dairy product removal on greenhouse gas emissions and nutrient availability in US diets under various removal scenarios.

In depopulation, consumers would stop consuming dairy products, resulting in natural depopulation of the animals; in current management (export dairy), the cattle management would remain the same and milk produced would be used for products other than human food or exported for human consumption; in retirement, the cattle would be retired to a pasture-based system but reduced to numbers that could be supported by available pastureland.

“Land use was a focus in all animal removal scenarios because the assumptions surrounding how to use land made available if we remove dairy cattle greatly influence results of the simulations,” said lead investigator Robin R White, PhD, Department of Animal and Poultry Science, Virginia Tech, Blacksburg, VA, USA. “If dairy cattle are no longer present in US agriculture, we must consider downstream effects such as handling of pasture and grain land previously used for producing dairy feed, disposition of by-product feeds, and sourcing fertiliser.”

Greenhouse gas emissions were found, by the researchers, to be unchanged in the current management (export dairy) scenario, with a decrease in nutrient supplies to US citizens, as expected. Emissions declined 11.97 percent for the retired scenario and 7.2 percent for the depopulation scenario compared to current emissions.

The researchers say the study results suggest that the removal of dairy cattle from US agriculture would only reduce greenhouse gas emissions by 0.7 percent and lower the available supply of essential nutrients for the human population.

Professor White added, “Production of some essential nutrients, such as calcium and many vitamins, decreased under all reallocation scenarios that decreased greenhouse gas emissions, making the dairy removal scenarios suboptimal for feeding the US population.”

New store in Sweden prices goods based on carbon emissions…

The authors believe their study illustrates the difficulties in increasing supplies of critically limiting nutrients while decreasing greenhouse gas emissions.