A collaboration between Foodprint and the Food Innovation Centre has come up with a new way to turn ‘best before date’ bread into a sweet treat based on the traditional Indian dessert Gulab Jamun. 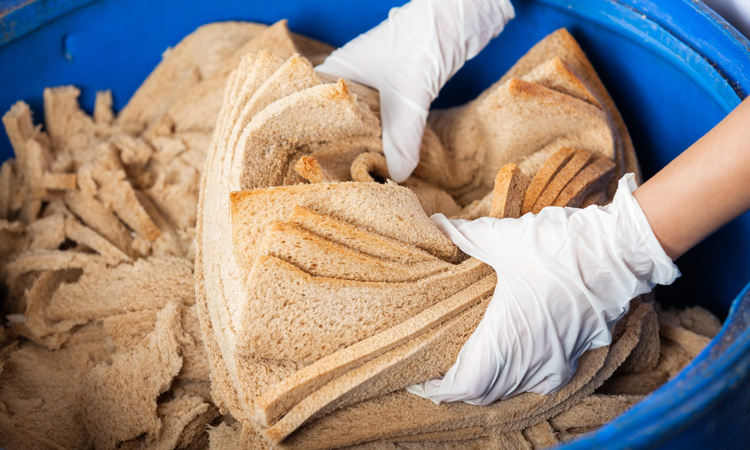 Foodprint, a student-led enterprise which runs a social supermarket and redistribution network in Nottingham, has collaborated with the University of Nottingham’s Food Innovation Centre to come up with a solution to surplus bread that cannot be sold or redistributed.

Approximately 90 percent of Foodprint’s waste is made up of bread, and although they try to ensure that this is composted or anaerobically digested, Foodprint spokespeople have stated that they would much rather find a way to feed people with this waste than have to dispose of it.

The issue of bread waste is a national problem for the food sector, with around one million loaves of bread thrown away in the UK every day. It is assumed that between 34 and 44 percent of all bread produced is wasted.

The group came up with a novel method to turn ‘best before date’ bread into a sweet treat based on the traditional Indian dessert Gulab Jamun and it recently won the annual Ecotrophelia UK competition, a national competition for the creation of eco-innovative food products organised jointly by the Institute of Food Science & Technology and Campden BRI.

Now Chris Hyland, who runs Foodprint, hopes that the innovative product developed by the Nottingham students will one day go into production – helping to contribute to a reduction in bread waste nationwide.

“Using surplus bread to make a new product is something that’s not only applicable to us, here at Foodprint, but to the whole industry,” Hyland said, a second-year economics student at the University of Nottingham.

“It helps tackle both the environmental side and the cost side of things, plus the social side – knowing it’s doing some good in the world. Our biggest operating cost is rent on our premises but the second is waste disposal. It is a substantial cost for us. It is really hopeful to see that new products can be created from bread waste and we are very keen to see if this can become a commercial product that might one day appear on supermarket shelves.

“Everybody in the industry is in favour of this sort of thing happening. It is in nobody’s interest that bread is wasted. I can very clearly see this product working.”

“Bread waste is a big issue in the food sector and the Food Innovation Centre is delighted to have played a supporting role in this latest scheme which has invented an award-winning new dessert. The project had three exciting elements – a student social enterprise, bread waste valorisation and a group of food science students winning a national competition,” added Richard Worrall, who runs the Driving Research and Innovation project which the bread waste issue came under.

“The next step is to look at how this could be turned into a commercial product. Foodprint is a student social enterprise with limited funds and so we may need to turn to an industry partner to help them commercialise the product.”