In order to fix the skills shortage of butchers in the UK, the British Meat Processors Association (BMPA) is collating evidence to prompt the British government to add ‘Butchers’ to the Shortage Occupation List. 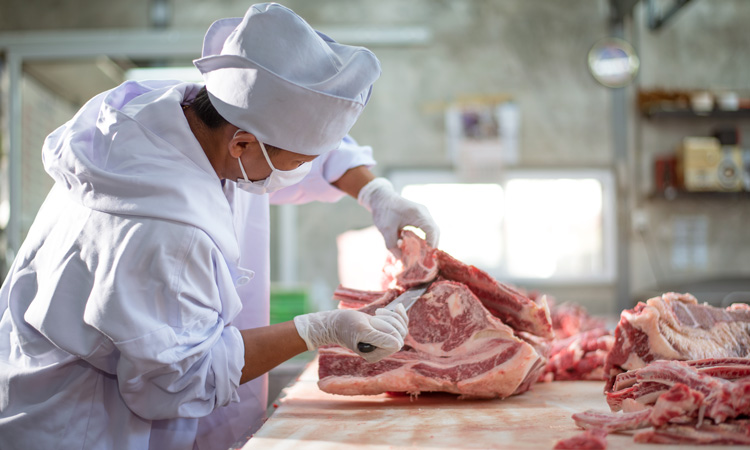 Skilled butchers could be hard to come by in the new year...

The British Meat Processors Association (BMPA) has called on the government to help keep production lines operating by adding ‘Butchers’ to the Shortage Occupation List which is used to vet skilled migrants.

It reportedly takes up to two years of training before a new recruit to the meat processing industry has the skill to work safely and productively on different parts of the production line, and given a shortage of skilled workers, BMPA has suggested that this is currently not viable.

The job is said to require specialist knowledge of various areas ranging from knife skills, animal anatomy and use of processing equipment through to an understanding of food quality, safety standards and traceability.

Even before the coronavirus crisis, UK meat processing companies were contending with a 10-15 percent shortfall in skilled workers, according to BMPA. British trainees often do not live close enough to jobs and factories are usually located in rural areas with less transport and accommodation infrastructure, making it difficult for people to travel to work, the meat industry body explained.

The ‘Butchers’ category is said to be wider than one might imagine and includes slaughtermen and boning, cutting and trimming specialists that prepare carcases for storage, processing and sale – all of which BMPA says are currently in short supply.

Nick Allen, CEO of the British Meat Processors Association, said: “The British meat processing industry is a strategically important cornerstone of the UK food supply chain and we can see an opportunity to strengthen it by offering career opportunities to both British and overseas workers, all of whom are equally vital.

“But in order to do that, we need the category of ‘Butcher’ to be added to the Shortage Occupation List. The Migration Advisory Committee has called for evidence of skills shortages so they can decide which occupations should be added to the list and BMPA, on behalf of the meat industry, will be submitting evidence that will show just that.”