Food and beverage products are recalled due to reasons ranging from contamination to incorrect labelling, and here is New Food’s roundup of the most recent cases.

Buckhead Meat and Seafood of Houston, Inc., a Sysco Company, is voluntarily recalling a small quantity of frozen Flounder Stuffed with Seafood because its labelling inadvertently did not identify the following allergens in the product: wheat, soy, milk, fish, and eggs.

People who have an allergy or severe sensitivity to wheat, soy, milk, fish, or eggs run the risk of a serious or life-threatening allergic reaction if they consume this product.

Flounder Stuffed with Seafood was sold to a limited number of consumers between 1 April 2020 and 16 April 2020 at various locations across the Harris County, Texas area. Nearly all customers who purchased the product have been notified directly, however the purchasers of less than 25 cases (75lbs) of the product have not been identified or notified.

Customers with allergies or sensitivities to wheat, soy, milk, fish, or eggs should discard the product or contact Buckhead Meat and Seafood of Houston to return it for a full refund.

To date, no illnesses related to this product have been reported. The issue was identified by a company employee while evaluating the product. Buckhead Meat and Seafood of Houston is working collaboratively with the US Food and Drug Administration (FDA) on this recall.

Ocean Spray Cranberries, Inc. is recalling a single production lot of 5.5oz cans of Pink Lite Cranberry Juice Drink because it may contain undeclared sulphites, which were erroneously added by a contract manufacturer. 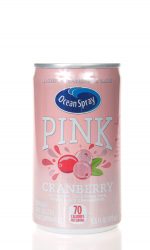 Sulphites are a common preservative added to many food products; however, consumers who have sensitivity to sulphites run the risk of allergic reactions if consumed. Most people will not experience any effect if they consume this ingredient. No illnesses have been reported to date.

The recall was initiated after the contract manufacturer revealed their error, subsequent to a root cause investigation of consumer complaints regarding an “off” odour in the identified lot. Analysis by the food safety and quality personnel revealed that sulphites were added to the identified lot of product erroneously by a contract manufacturer. Such sulphites are not part of the product formula and were not declared on the label. This is an isolated incident. No other Ocean Spray® products are affected by the recall.

Consumers who have purchased the 5.5 oz cans of Pink Lite Cranberry Juice Drink that contain the specific code information are urged to take a picture of the “best before date” code on the bottom of the can, sent to Ocean Spray Canberries and then destroy the product.

ROYAL INTERNATIONAL TRADING Inc of Brooklyn, New York is recalling its 500g packages of “TAINY BOCTOKA DRY FRUITS MIX COMPOT APPLE” because they contain undeclared sulphites. Consumers who have severe sensitivity to sulphites run the risk of serious or life-threatening allergic reactions if they consume this product.

The recalled products were distributed nationwide in retail stores and through mail orders.

No illness or allergic reactions involving this product have been reported to date.

The recall was initiated after routine sampling be New York State Department of Agriculture and Markets Food Inspectors and subsequent analysis by Food Laboratory personnel revealed the presence of sulphites in the 500g (17.63oz) packages which were not declared on the label. The consumption of 10 milligrams of sulphites per serving has been reported to elicit severe reaction in some asthmatics. Anaphylactic shock could occur in certain sulphite sensitive individual upon ingesting 10 milligrams or more of sulphites. Analysis of the “TAINY BOCTOKA DRY FRUITS MIX COMPOT APPLE” revealed that it contained 34.4 mg per serving.

Consumers who have purchased the affected product are urged to return them to the place of purchase for a full refund.