The suing organisations are Center for Food Safety, Beyond Pesticides, the Rural Coalition, Organización en California de Lideres Campesinas and the Farmworker Association of Florida. 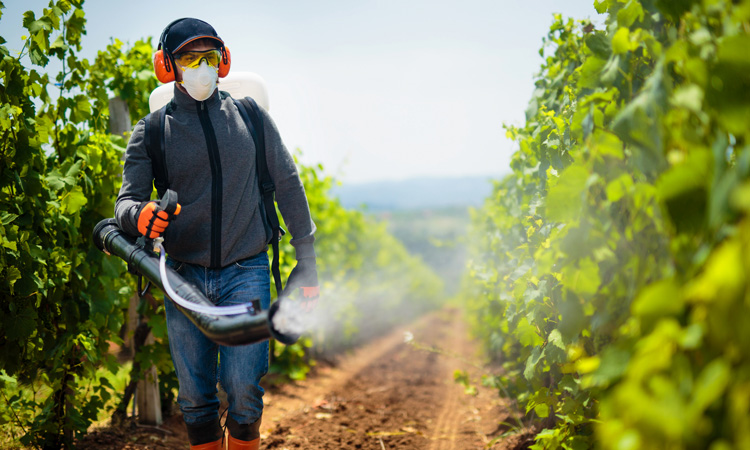 The Center for Food Safety (CFS), on behalf of a coalition of farmworkers, farmers, and conservationists, has filed a federal lawsuit against the Environmental Protection Agency (EPA) over its January 2020 re-approval of the pesticide glyphosate – the active ingredient in Monsanto’s Roundup pesticides.

While EPA defends glyphosate, juries in several cases have found it to cause cancer, ruling in favour of those impacted by exposure. After a registration review process spanning over a decade, EPA allowed the continued marketing of the pesticide without fully assessing glyphosate’s hormone-disrupting potential or its effects on threatened and endangered species, according to CFS.

“EPA’s half-completed, biased, and unlawful approval sacrifices the health of farmworkers and endangered species at the altar of Monsanto profits,” said George Kimbrell, Legal Director for CFS and counsel for the coalition. “The reckoning for Roundup is coming.”

While EPA has declared that glyphosate does not cause cancer, the world’s foremost cancer authorities with the World Health Organization reportedly declared glyphosate to be ‘probably carcinogenic to humans’ in 2015.

“Contrary to the Trump EPA’s claims, both regulatory and independent scientific studies demonstrate that glyphosate herbicides are carcinogenic and have adverse effects on internal organs,” said Bill Freese, Science Policy Analyst at CFS. “Far from consulting the ‘best available science,’ as EPA claims, the agency has relied almost entirely on Monsanto studies, cherry-picking the data that suits its purpose and dismissing the rest,” added Freese.

“The farmworkers and farmers we serve are the backbone of our food system. Their families are the first – but are not the last – to bear the huge costs of EPA’s irresponsible decision, while corporate shareholders of Monsanto-Bayer benefit,” said Lorette Picciano, Executive Director of the Rural Coalition.

EPA has also failed to collect basic data on how much glyphosate is taken into human bodies via skin contact or inhalation of spray droplets, the CFS claimed. These exposure routes are said to be particularly significant for farmworkers and others who work around and/or use Roundup.

“Farmworkers are on the front lines of the pesticide exposure crisis providing vital food for American families,” said Suguet Lopez of the Organización en California de Lideres Campesinas. “They deserve a duty of care from the government which it has failed to provide.”

Glyphosate herbicides are also said to threaten numerous species, including fish, amphibians, and aquatic as well as terrestrial plants. “EPA failed to consider if Roundup disrupts the balance of nature and ecosystem health, critical to the survival of a vast number of organisms on which life depends – from beneficial insects, such as parasitoid wasps, lacewings, ladybugs, and endangered bumblebees, monarch butterflies, to fish, small mammals, and amphibians,” said Jay Feldman, Executive Director of Beyond Pesticides.