FAIRR has undertaken a climate ’scenario analysis’ on some of the world’s biggest meat companies, finding that many could “face ruin” in the likely scenario of a 2°C warmer world by 2050. 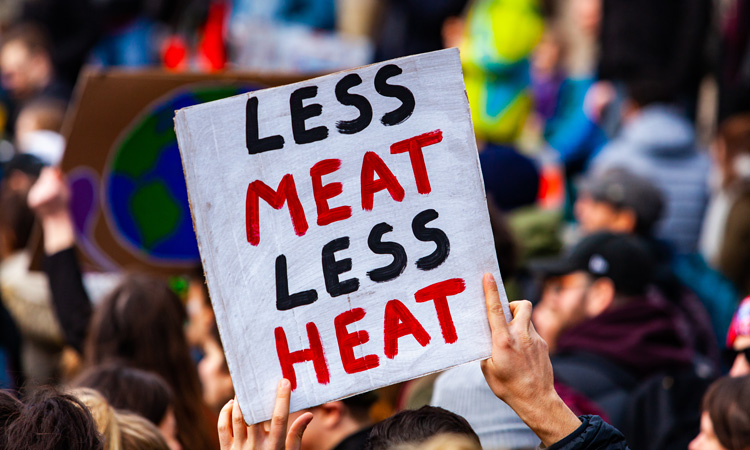 A new financial model, published by the investor network FAIRR, aims to help investors understand the financial implications of climate change on the meat sector. The Coller FAIRR Climate Risk Tool is said to provide investors with an online model to help quantify potential downside risks and upside opportunities for meat companies in a scenario of 2°C of global warming. The tool is based on scenario analysis aligned with the recommendations of the Taskforce on Climate-related Financial Disclosures (TCFD).

The model finds that the likely physical impacts of climate change and rapid growth of alternative proteins will put billions of dollars at risk for current food sector giants such as Tyson Foods and JBS, suppliers to household names such as McDonalds, Walmart, Burger King and Marks & Spencer.

The model identifies seven key risks that will impact the profitability of the meat sector in the IPCC’s scenario of a 2°C warmer world in 2050. Risks include the increased cost of electricity due to carbon pricing, higher costs of feed due to poor crop yields and increased livestock mortality due to heat stress. It forecasts that by 2050 ‘alternative proteins’ – such as plant-based burgers – will command at least 16 percent of the current meat market, rising to 62 percent based on factors such as technology adoption rates, consumer trends and a carbon tax on meat.

“Climate change is real and so are its financial impacts. The cost of powering poultry sheds, of sourcing feed for livestock and veterinary care will all rise as global temperatures do. This ground-breaking financial model has done the maths. Investors can see the inescapable truth for the meat sector is that it must adapt to climate change or face ruin in the years ahead. Conversely, there is also an appetising prospect of enormous upside if the world’s meat companies shift their protein mix to align with a climate-friendly path,” said Jeremy Coller, Founder of FAIRR and Chief Investment Officer at Coller Capital.

FAIRR’s Climate Risk Tool identifies three climate pathways for animal protein companies to take, which will define the extent of their upside opportunity or downside risk:

In an assessment of 43 of the world’s largest listed meat companies – itemised in the Coller FAIRR Protein Producer Index – only two (Tyson Foods and Marfrig) were found to have have publicly disclosed a climate-related scenario analysis, despite such an analysis being recommended by the TCFD. In other high-emitting sectors, by comparison, 23 percent of oil and gas, mining and utilities companies have undertaken this sort of climate scenario analysis.

“The failure of the meat and dairy sector to proactively plan ahead for climate risk as suggested by the TCFD has left investors no choice but to take matters it into their own hands and do the analysis themselves,” said Coller.