The Food Safety Authority of Ireland report found that some cereals and yoghurts contained extremely high levels of sugar, fat and saturated fat. 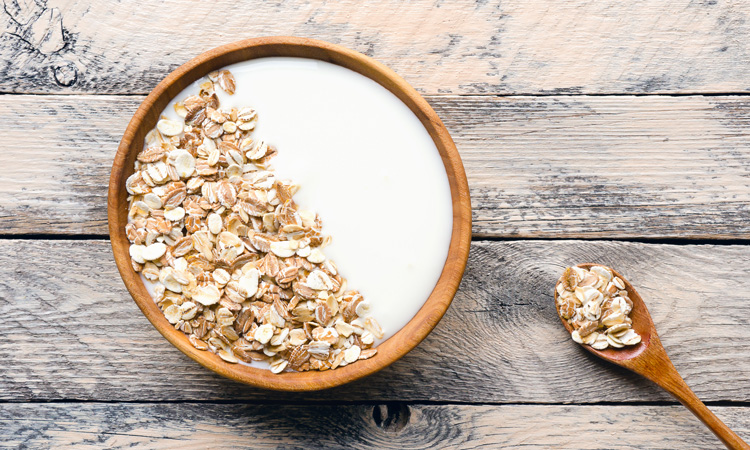 The Food Safety Authority of Ireland (FSAI) has published a report which describes the findings of a 2017 survey of products in the breakfast cereals and yoghurts food categories, which are two of the categories in the food pyramid included in the Healthy Eating, Food Safety and Food Legislation guidelines.

The nutrient composition of over 1,000 products was examined and some products were identified as being exceptionally high in sugar, fat and saturated fat. In fact, some breakfast cereals were found to be ‘more like crumbled biscuits’, and some yoghurts were ‘more like desserts’.

The report outlined new information for healthcare, education, catering and food industry professionals regarding the availability of ‘healthier choice’ products among the hundreds of breakfast cereals and yoghurts on the Irish market. The report was based on the ‘back of pack’ nutrition labelling requirements that were introduced for all pre-packaged food throughout the EU in December 2016 (Regulation (EU) No 1169/2011).

While the nutrition label on all foods provides reliable nutrition information per 100g of product, this can be difficult to interpret in terms of the amount of food typically eaten by an individual, according to FSAI. Typical portion size varies depending on the type of food and such portions rarely amount to 100g. The report is said to provide useful information for healthcare, education, catering and food industry professionals on how to identify healthier products where the typical portion eaten is low in sugar, fat and saturated fat.

Peter Whelan, Director of Audit and Investigations at FSAI, will be speaking at Food Integrity 2020. To find out more about his contributions and about the event as a whole, click here to find the agenda and speaker list.

The report also established a baseline on which to benchmark future progress on food reformulation, whereby the food industry changes their product composition to reduce the amounts of sugar, salt, total fat and saturated fat.

Main findings of the report include:

The full report can be found on the FSAI website.