A new study in the US has identified specific health benefits from consumption of a particular algae, Chlamydomonas reinhardtii (C. reinhardtii), suggesting it would be particularly beneficial for those suffering from gastrointestinal disorders, such as IBS and colitis. 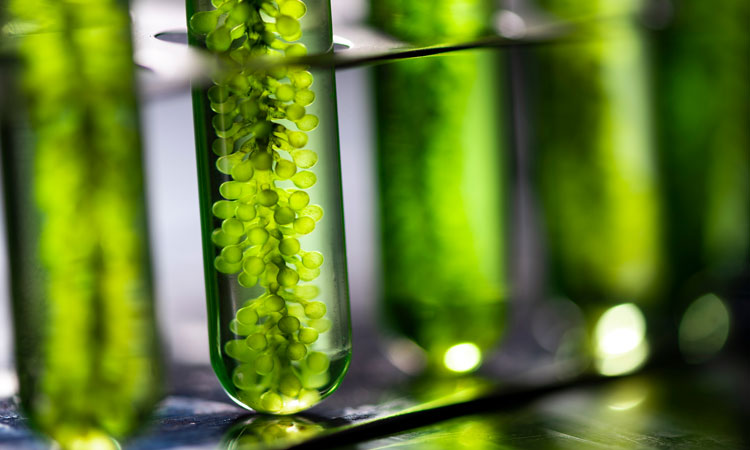 Evidence suggests that humans have been consuming algae since prehistoric times and today there is widespread opinion about the positive health benefits of incorporating marine plants into our diets. However, the practice varies considerably across the globe, with South East Asians being established devotees and countries such as Ireland and Iceland favouring specific varieties such as dulse; yet on the whole, the majority of western diets remain largely algae free.

C. reinhardti is famed as the world’s most studied algae; yet its nutritional profile has never before been investigated. Hitherto, exploration of its virtues has centred on biofuel application and plant evolution, but never as a nutraceutical.

Now, researchers at the University of California San Diego have completed the first study examining the effects of consuming C. reinhardtii and demonstrated that the algae improves human gastrointestinal issues associated with irritable bowel syndrome (IBS) such as diarrhoea, gas and bloating.

“People have been looking at this algae for decades, but this is the first study to show what many of us have suspected—it’s good for you,” said principal investigator and algae expert Stephen Mayfield, a distinguished professor in UC San Diego’s Division of Biological Sciences and co-director of the Food and Fuel for the 21st Century Program (FF21). “This is exciting because it demonstrates a clear benefit: if you have IBS-like symptoms, this is good for you.”

Working with several collaborators, including UC San Diego’s John Chang (School of Medicine), Rob Knight (School of Medicine, Jacobs School of Engineering and Center for Microbiome Innovation) and the San Diego-based startup Triton Algae Innovations, they turned their attention towards investigating the algae as a nutritious food additive for improving human health.

The C. reinhardtii biomass used in the study, which was grown by Triton Algae Innovations, was subject to rigorous safety testing and designated as “Generally Recognized As Safe” by the US Food and Drug Administration (FDA), approving the organism as safe for use in a human study.

Following interesting outcomes that showed reduced rates of weight loss in mice with acute colitis, the researchers set out to discover if similar results would be produced when humans consumed the algae.

Volunteers consumed daily spoonfuls of powdered C. reinhardtii biomass and reported their gastrointestinal health for one month. Of the hundreds of interested participants in the project, data from 51 volunteers met the study’s requirements for inclusion in the final data analyses. Results showed that participants who suffered from a history of frequent gastrointestinal symptoms reported significantly less bowel discomfort and diarrhoea, significantly less gas or bloating and more regular bowel movements.

“The benefits of consuming this species of algae were immediately obvious when examining the data from both mice and humans who suffered from gastrointestinal symptoms,” said Frank Fields, a research scientist in Mayfield’s lab and lead author of the paper.

Importantly, these positive influences on the participants’ gut function did not affect the composition of their gut microbiomes: results of stool assessments found that their microbiomes remained diverse, which is typical of healthier individuals.

Algae: coming soon to a menu near you…

The researchers say far more testing with larger groups of participants across longer time periods is needed. At this point, they are unclear about how the algae works to improve gastrointestinal health. The scientists believe the benefits could be traced to a bioactive molecule in algae or perhaps a change in gene expression of gut bacteria caused by algae consumption.

Results of the project have been published in the Journal of Functional Foods.