The technique is said to reduce the time for determining whether food is contaminated with salmonella from a number of days to less than eight hours. 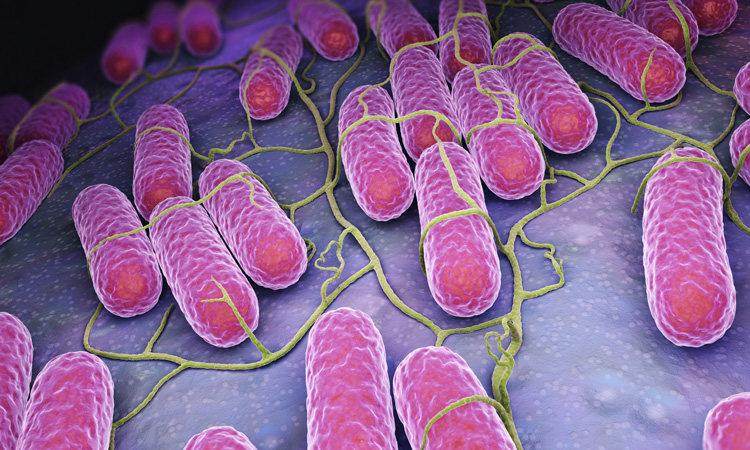 Salmonella poisoning can affect anyone, but babies, toddlers, the elderly and people with immunodeficiencies are particularly susceptible. For people with weakened immune systems, the gastrointestinal disease can lead to serious complications.

When it comes to detecting the presence of salmonella in animal products, traditional microbiological techniques can take up to four days, which is said to be a major problem for food manufacturers who cannot afford to wait for the results before shipping out their goods, leading to costly product recalls.

Together with the German microbiology and food analysis laboratory SELEKTIS GmbH, a team of researchers from the Fraunhofer Institute for Cell Therapy and Immunology, Branch Bioanalytics and Bioprocesses IZI-BB in Potsdam has developed a rapid testing technique that is said to be capable of determining whether food is contaminated with salmonella in less than eight hours.

Until now, enriching the bacteria – which involves cultivating and propagating microbes – lasts about 18 hours, according to the researchers, with three further days needed for the selective enrichment and incubation of the salmonellae in additional liquid media. Now, the project partners have reportedly reduced the initial enrichment process to between four and six hours.

This was achieved using a technique to cultivate the salmonellae: “We did this by creating a rapid culture with growth conditions optimised for salmonellae. By means of an innovative, optimised enrichment method, we are able to increase the concentration of the bacteria to such an extent that we can detect them using molecular biological methods after only a few hours,” said Dr. Harald Peter.

Although molecular biological detection techniques are already used in laboratories, they are rarely employed in fully automated processes – and up to now not in food diagnostics, the researchers explained.

One of the main advantages of the technique is said to be the fact that it can also be applied to other food pathogens. To do this, the researchers said that the capture molecules merely need to be adapted to other organisms using a computer and gene database.