The findings are said to confirm that there was a step change in the average price of alcohol in Scotland immediately following the implementation of Minimum Unit Pricing (MUP). 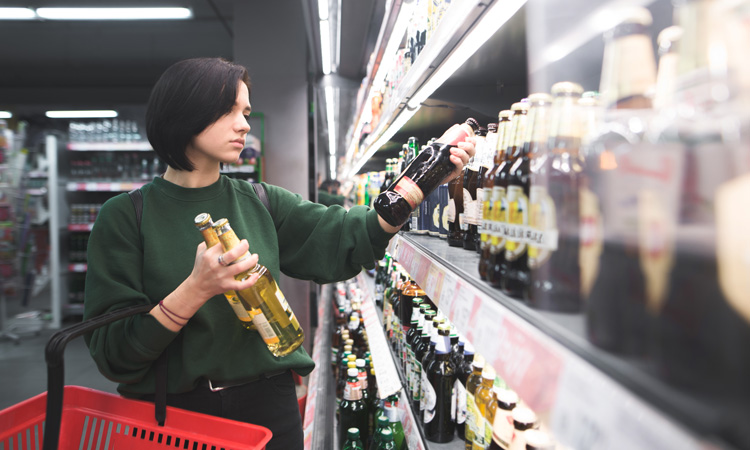 Analysis of off-trade alcohol sales over the full year following the introduction of Minimum Unit Pricing (MUP) has shown that the volume of pure alcohol sold per adult in Scotland fell by 3.6 percent, according to a NHS Health Scotland report.

Compared to the 12 months which preceded implementation of MUP in May 2018, which set a minimum £0.50 per unit of alcohol, the volume of pure alcohol sold per adult in the off-trade in Scotland decreased from 7.4 to 7.1 litres. In England and Wales – where MUP has not been implemented – the volume of pure alcohol sold in the off-trade during the same year increased from 6.3 to 6.5 litres.

The report also found that trends in per adult alcohol sales in the North East and North West regions of England were similar to those in the rest of England and Wales. It is therefore unlikely that cross-border sales activity can explain the changes in per adult alcohol sales in Scotland and England and Wales respectively, in the year following the implementation of MUP, according to NHS Health Scotland.

“This is the first time we have been able to analyse sales data covering the full year following the introduction of MUP, and it is encouraging that off-trade alcohol sales fell in Scotland following its implementation,” said Lucie Giles, Public Health Intelligence Advisor at NHS Health Scotland.

“This analysis of alcohol sales and price in the off-trade is one of several in our evaluation portfolio that will examine the impact of MUP on the price of alcohol and population level alcohol consumption. Further studies looking at longer term, post-MUP data will report in due course”.