Plastic campaign organisation, City to Sea, has said that confusion about ‘single-use’ plastic has the potential to increase the volume of plastic bottles ending up in the environment, making worse the environmental damage that plastic pollution causes. 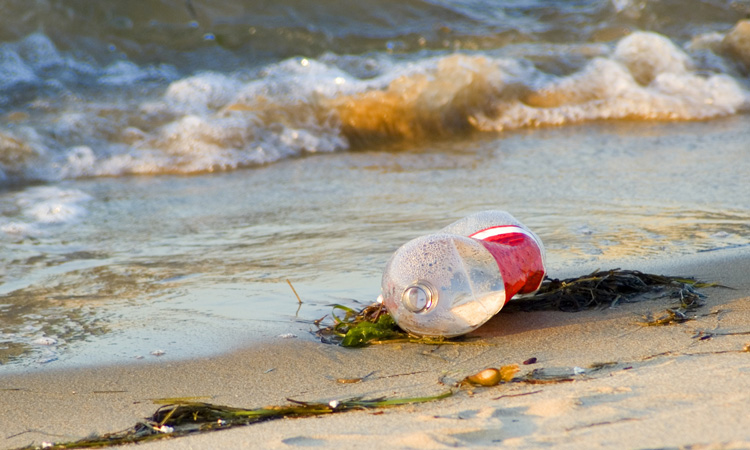 In a complaint to the Advertising Standards Authority (ASA), plastic campaigning organisation City to Sea said that Coca-Cola is “attempting to mislead the public” about the environmental impact of its plastic bottles by suggesting they are not ‘single-use’.

Coca-Cola’s recent advertising campaign reportedly claims that ‘single-use plastic bottles are only single-use if they are thrown away’, but City to Sea has argued that Coca-Cola misrepresents a commonly held definition of the word ‘single-use,’ which was the Collins Dictionary word of the year in 2018.

“Whilst we welcome the news that their [Coca-Cola] bottles can now be recycled, we know that in reality, many are not,” Rebecca Burgess, City to Sea’s CEO said. “Plastic bottles are consistently the most polluting items on our beaches and rivers and Coca-Cola is the worst offender.1 We had no choice but to report these misleading claims to the ASA and we are encouraging others to do the same.”

City to Sea’s Campaigns Manager, Steve Hynd, added: “We need green action, not greenwash to tackle plastic pollution. The way Coca-Cola are using the phrase ‘single-use’ is not how most people understand it, and it is not how legal entities define it. Just because a product can be recycled, it does not mean that it is no longer single-use. If Coca Cola want to ensure their bottles are not single-use, we would love for them to introduce a comprehensive refill system, where the same item is cleaned and re-used multiple times.

“Although plastic bottle recycling is widespread, bottles are still a significant source of plastic pollution. There are now more than 150 plastic bottles for every mile of beach in the UK and a government report revealed that an estimated 700,000 plastic bottles are littered every single day in the UK.2 To deal with the plastics crisis we must reduce and re-use items, rather than rely on recycling.”

City to Sea are calling for:

In response, a Coca-Cola spokesperson commented: “We do not want to see any of our bottles end up where they should not and we are working to make them as sustainable as possible by doubling the amount of  recycled plastic they are made from and ensuring all of them are recovered and recycled. That is why we support the introduction of a well-designed deposit scheme in Great Britain, but this is going to take some time to set up. In terms of what can be done now to make a difference, it is important that more of us recycle plastic drinks bottles and the campaign we ran recently was designed to make clear to people that all of our bottles can and should be recycled so that the plastic in them can be used to make a new bottle. The PET plastic in our bottles is a high grade plastic which is straightforward to recycle and use again. But for the plastic in our bottles to have more than one use, the essential first step is for the bottle to be put in a recycling bin.  That is what the advert was encouraging consumers to do – and so prevent the bottle being single use.”