Stanley Chia explains why it’s vital to stay on top of these key issues. 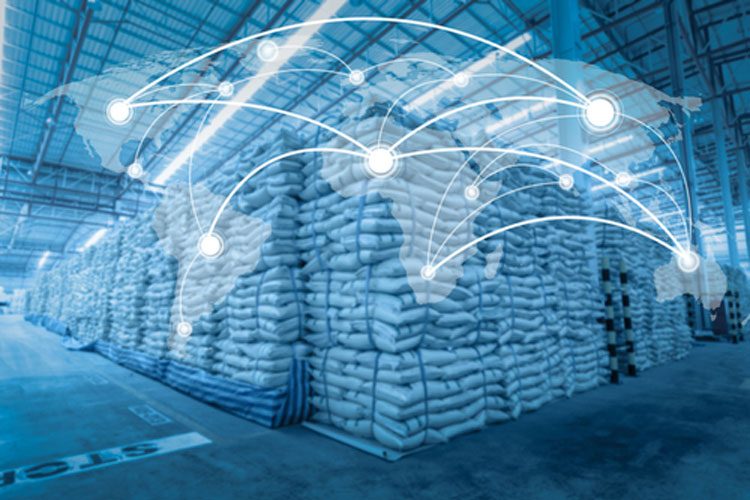 Transparency has gone mainstream. Initially just the pet project of dark green consumers, it is now gaining traction worldwide with many shoppers caring about ingredient sourcing, labelling and what impact the manufacture and distribution of products has on the environment and society.

More than ever consumers want to know how their food was grown, handled, shipped, produced and packaged, and food companies must respond or run the risk of being left behind. It is vital that customers feel they can trust the quality and integrity of the food they are buying. Some of this desire for information has been a consequence of various well-documented food scandals.

according to Nielson’s 2017 report into transparency, only 44 per cent of consumers trust industrially prepared foods…

In 2013, Europe was rocked by the horsemeat scandal in which food advertised as containing beef was found to actually be horse meat – sometimes as much 100 percent was rogue meat. The controversy began when horse DNA was discovered in frozen beef burgers sold in several Irish and British supermarkets. While the presence of undeclared meat was not a health issue, there was immediate concern that drugs given to race horses might have entered the food supply chain. The furore revealed a major breakdown in the traceability of the food supply chain, along with the fact that it was not clear exactly which authorities were responsible for monitoring food crime.

Following a Government review, the Food Standards Agency established its Food Crime Unit. It works with police forces across the UK alongside Europol and the Food Fraud Network, which links food safety authorities across Europe.

Only very recently in Australia, sewing needles were found embedded in a number of punnets of strawberries and this triggered a country-wide investigation. Strawberry growers responded by saying they did not believe the problems were occurring at the grower end of the production chain as so many different labels and packing houses had been affected. The authorities and supermarkets were clearly keen to find the culprit and reassure consumers. At the time of writing, sewing needles have also been discovered in batches apples and bananas, sparking fears of copycat crimes.

As a result of the numerous headline-grabbing incidents, major supermarkets and food companies are now much more conscious of the need to map out and understand their supply chains, but it is a challenging area to stay on top of. Many supermarkets stock around 35,000 – 40,000 different food product lines and supply chains are complex, crossing the globe and involving dozens of different suppliers. While big supermarket chains may have the resources to prioritise food integrity, smaller food and retail businesses may not.

Good supply chain management can help manufacturers identify problems that they can then be more effectively addressed before they become scandals. For example, when Nestlé looked into some of its seafood suppliers in Thailand, it uncovered brutal and largely unregulated working conditions. The investigation also found that many other international food companies buying seafood from Thailand were exposed to the same risks of abuse in their supply chains whether they knew it or not. While the revelations were shocking, Nestlé was then able to act and impose new requirements on all potential suppliers in the region. This was a good outcome for the supply chain, even if it initially involved unsavoury discoveries.

Transparency is not, however, just a face-saving measure – it is essential to modern consumers. Charlie Arnot, CEO of The Center for Food Integrity, describes the change in consumer attitudes: “Transparency is no longer optional. It’s a basic consumer expectation.”

This is largely because the food industry and modern-day shoppers have changed beyond recognition. As a whole, consumers have become more educated when doing their shopping and are putting that knowledge to use to make careful and informed purchasing decisions. Over the last decade, shoppers have become increasingly health conscious and concerned about the presence of additives, artificial and genetically modified ingredients. According to Nielson, products labelled “free of additives and artificial ingredients,” grew 8 percent in 2017 while “all natural” grew 7.8 percent and “nothing artificial” grew 3.6 percent compared to the previous year. It is clear brands are reacting to this shift in consumer push for transparency. 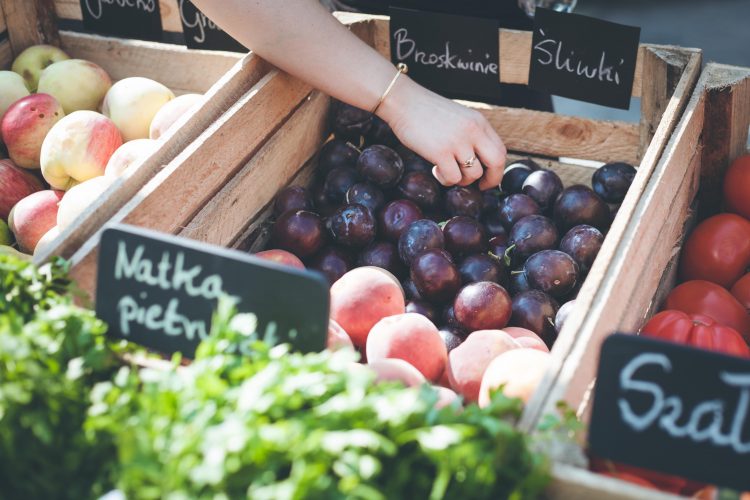 Customers are demanding transparency from the food they buy

The global obesity epidemic and anti-sugar lobby has caused the public and manufacturers alike to sit up and take stock and there is, in general, greater awareness of food intolerances and allergies. There has also been huge growth in veganism, Fairtrade, the fresh, natural, organic, gluten-free and dairy-free movements. Research company MarketsandMarkets predicted that this year, the consumption of dairy alternatives such as soy, almond, coconut, oat, and hemp milk would grow by 10 percent.

On top of this, there is a growing cynicism and distrust of big food companies – according to Nielson’s 2017 report into transparency, only 44 per cent of consumers trust industrially prepared foods. All of these diverse factors have combined to fuel consumer appetite for transparency.

In addition to comprehensive labelling of ingredients, many more consumers are now interested in knowing exactly where their food has come from. Some food manufacturers have responded by printing the name and location of the farm where the product was grown, along with the signature of the producer, on their packaging. Technology can help with this as shoppers can scan a package and learn, in the case of a fish, when it was caught, on what boat and what the name of the fisherman is. For example, One Degree Organics, uses an on-package QR code that shows farmer profiles and Bellucci lists the harvest date, types of olives and lot number on its extra virgin olive oil bottles. Similarly, all Burts Potato Chips bags are stamped with the name of the Master Fryer who cooked the crisps – as a seal of authenticity and way of communicating that “a somebody – not a machine – is responsible for each bag of crisps that leaves the warehouse.”

Providing this sort of information shouldn’t be viewed as just an expensive and inconvenient public relations exercise. According to Label Insight, food manufacturers that adopt “complete transparency” are rewarded with consumer loyalty of about 94 per cent and 39 per cent of US consumers would switch to brands that provide clearer and more accurate product information.

Becoming transparent is always good for business as it helps identify inefficiencies within the supply chain and inevitably results in internal improvements, therefore increasing competitiveness. Knowing the ins and outs of a supply chain and strengthening supply chain relationships is never wasted energy and should result in a robust network of suppliers which you can trust and rely upon. Businesses need to know their supply chains – after all, a business is only as strong as the weakest link in its supply chain and the rate of supplier failure is alarming.

Research conducted last year by Tungsten Network, in conjunction with Forrester, found that eighty-four per cent of businesses have suffered from some form of supplier failure in the past two to three years. Supplier failure can often result in stunted business growth and increased risk levels. For this reason, it is vital that businesses nurture their supply chains and drive transparency throughout.

Transparency is much easier to establish if the back office of a food business is digitised. The digital transformation of inventory and production operations allows complete end-to-end real-time traceability, a vital component of effective supply chain management. From receiving materials to shipping completed products, companies can then easily provide the complete traceability consumers demand.

Transparency should also be applied to all financial dealings of a company and this will mean a willingness for payment practices to be scrutinised. Digitilisation, and in particular electronic invoicing, allows a supplier to track an invoice and monitor in real-time what stage their invoice is at, having the ability to identify whether there have been any problems. Businesses receive immediate visibility of when they are going to get paid, enabling them to monitor cash flow and manage their working capital requirements.

Digitilisation can improve the entire dynamic between businesses and their suppliers, ensuring they treated more like business partners. It is an easy way in which businesses can promote transparency and responsible payment practices towards their suppliers, who will often be smaller in size and more prone to cash flow problems of their own.  Additionally, it strengthens supply chain relationships and supplier confidence when considering payment timelines. The end goal is an efficient supply chain that is mutually beneficial to all and where businesses and suppliers are able to work together in close proximity.

A circular pathway for the food supply chain…

The push for greater transparency driven by consumers and politicians should not be feared. It will require a big shift in mindset and approach, but it should bring unexpected benefits, including strengthened brand loyalty and a more robust market share, as well as a more collaborative and efficient supply chain. As with all trends that go mainstream, the companies that embrace transparency quickly and drive it throughout their organisations will benefit the most. You cannot afford to be behind the curve as consumers will switch to other brands if they don’t get the information and reassurance they are looking for. 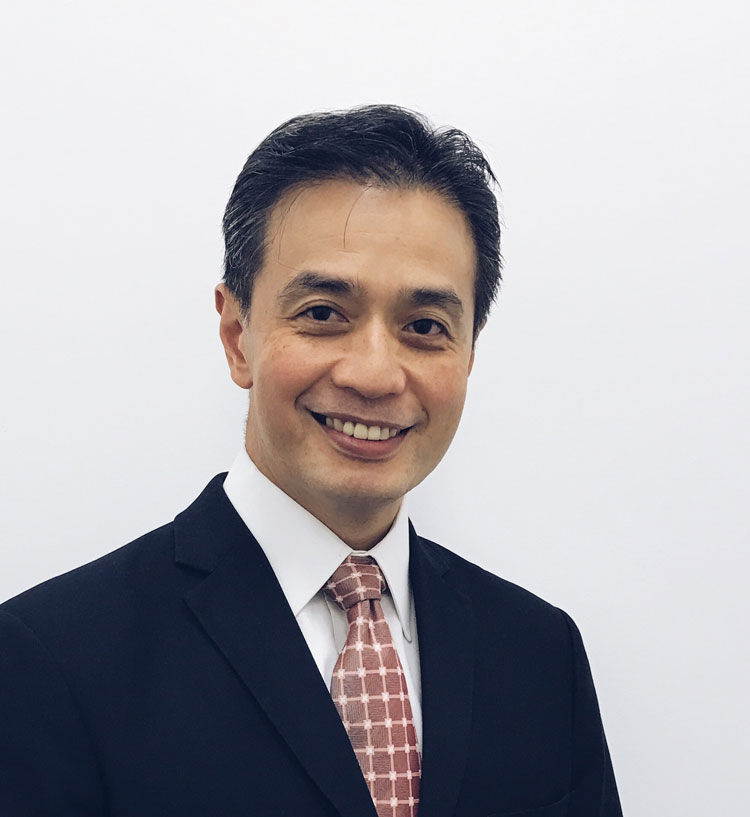