Posted: 16 May 2017 | Dr. Neil Sharma | Head of Research and Product Development | InstantLabs | No comments yet

Food fraud is everywhere. Dr. Neil Sharma, Head of Research and Product Development at InstantLabs, argues that it is by improving testing accuracy and frequency that we can help to stamp it out…. 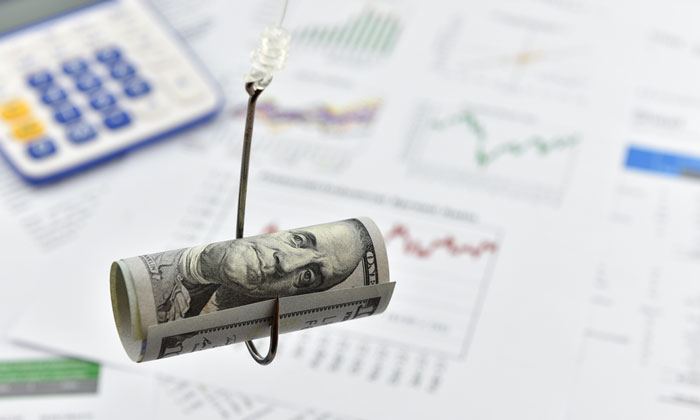 Food fraud is happening all around us and it is gaining increasing attention in the news.  In a paper published earlier this year, two scientists from George Washington University in Washington D.C. reported on a project where they visited six popular local restaurants and each ordered a seafood dish.  They took small samples of the seafood they received back to their lab for DNA testing – they wanted to see if what was on the menu was actually the entrée on their plate.  They found that one-third of the entrees that they ordered were not the species that they thought they were getting and had been substituted somewhere along the supply chain for another type.

Food fraud can take many forms, including mislabelling (e.g., claiming something is “organic” when it is not) or counterfeit branding.  But it is unfortunately becoming more widespread, especially in the protein segment to see product substitutions, where a cheaper species of meat or fish is passed off as a more expensive one, or product adulterations, where something, typically a cheaper ingredient, is mixed into the food (e.g., horse meat mixed into beef) to lower the cost and increase its volume.  In the past few years there have been hundreds of public reports of fraud with horse meat being added to beef, honey mixed with corn syrup, extra virgin olive oil being diluted with lower quality oils such as soybean or sunflower oil, and many others.  And it’s not just limited to human foods.  The literature shows that up to 40% of pet food is either mislabelled or contains ingredients not listed on the package. What this really means is that food fraud is a problem across every grocery aisle, from the seafood counter, to the butcher’s display, and in every aspect of food supply from farm to fork.

In almost every one of these cases the motivation is money and buyers are intentionally being defrauded for profit. It’s simple – one can fraudulently make more money by diluting products with cheaper ingredients or supplementing expensive meats or seafoods with cheaper, low quality species.  It may be tempting to think that because our food supply chain is so large and complex that some of this could occur simply through errors, and some certainly does.  And this unintentional and accidental adulteration or mislabelling of food is in an area of concern and vigilance for food safety professionals.  But adulteration is much too common to be explained by errors and if this were not predominantly an intentional practice, at least some of the time a more expensive ingredient would be found substituted for a lower quality one – and this is rarely ever the case.  But food fraud, or as it is known by its technical term, “Economically motivated adulteration” is intentional.

In the case of the 2008 incident where Melamine was found in powdered milk from China, for instance, the process was complicated.  First, the powdered milk was diluted to increase its volume.  But this dilution lowers the protein content of the milk and routine product testing for protein was a risk to expose their fraud.  Melamine, a toxic chemical used in the production of certain plastic resins, was added which adds nitrogen to the milk to interfere with the tests by making the milk powder appear to have a higher protein content. So, the schemes are not only clearly deliberate, but can be highly sophisticated.

And the problem is not small or isolated.  As reported last year right here in New Food Magazine, food fraud costs the UK’s food and drink manufacturers £11.2 billion a year and costs each of us £1 for every loaf of bread, 16p for every pint of beer and an average of £424 per household.

But money is not all that is at stake when it comes to food fraud.  It also threatens the livelihood of legitimate farmers, fishermen and other producers.  People with allergies who unknowingly eat substituted products could suffer a life-threatening allergic reaction, such as if olive oil is diluted with peanut oil. In the case of the 2008 melamine incident, more than 50,000 hospitalisations were reported and six deaths.  Pork contamination in food sold as Halal or Kosher can cause someone to unknowingly violate their religious beliefs.  And low cost substituted products can be dumped on a market making it impossible for honest producers to compete.  And, because the supply chain for our food is becoming increasingly global, there are many places from the farm or fisherman to the restaurant where substitution can be made making the problem even more difficult to detect and control.

But detection of food fraud is possible with genetic testing.

Genetic testing using techniques like Polymerase Chain Reaction (PCR) technology to “read” the DNA contained in a sample in a laboratory is commonplace in medical laboratories.  These techniques, however, can also be used to detect food fraud and substitution and are particularly effective in the protein sector (other “fingerprinting” analytical techniques are used in products such as honey and olive oil).    By collecting small samples of the food and analysing the DNA it contains, and comparing the results to a library of genetic data from samples of known authentic species, we can quickly determine if a product has been wholly substituted or adulterated with another meat or seafood.  Unlike medical testing, where the analysis is performed in hospitals and medical labs near the patient, our food source is widespread globally and testing is needed in every area of the globe.  Making this technology portable, so the testing can be performed in the field, at a food processor, on the dock and in ports with customs inspections, is also now possible.

In a 2016 report, the non-profit group Oceana reported on large numbers of  instances where lower-quality species were being sold masquerading as one of more than 18 types of more expensive fish, and these frauds have been found in Europe, Canada, as well as the U.S. and elsewhere throughout the world.  These imposters are typically farmed in overcrowded unsanitary conditions – with exposure to high levels of antibiotics and heavy metals being commonplace – and sold at lower prices to undercut the sales of authentic local species farmed in better conditions.

To insure their credibility and brand reputation, a seafood distributor sourcing catfish and other species from numerous global suppliers had come to InstantLabs looking for a way to be sure that the fish they were sourcing were authentic.  They had been sending product samples by courier to a testing laboratory company in a Midwestern U.S. state for testing, but this process was both expensive and time consuming. The delay in getting results was disrupting their supply chain. Instead, they instituted real-time PCR testing using the portable InstantLabs Hunter instrument, which is about the size of a shoebox and allows species testing to be done anywhere in less than 2 hours. This allowed them to test the fish that they were buying, at the point of sale to verify that what they were getting was authentic.

But the concern about fraud can go beyond strictly food.  Producers of Halal goods need to be vigilant for the presence of pork in any of their products.  In one case, routine Halal testing in Malaysia unexpectedly showed traces of pork in a U.S. nutraceutical manufacturer’s dietary supplements. It was later determined that, while the manufacturer’s nutraceutical products themselves were free of pork, pork gelatin had been inadvertently used in the manufacture of the gel caps.  This company also contacted us to establish a program testing each lot of incoming ingredients and outgoing products to ensure their product purity and compliance with Halal standards.

Food fraud can be minimised by working with reputable suppliers who participate in recognised supply chain management systems that include source traceability, documentation, and third-party audits.

Another important aspect of control of food fraud that should not be overlooked is reporting by the employees of processors and suppliers.  As we’ve seen in the case of Melamine, product adulteration and the swapping and misrepresentation of different species, food fraud can be a complicated process involving more than one or two bad actors.  These schemes cannot occur without someone knowing that it is happening.  Encouraging whistleblowers to come forward, and protecting them when they do, is an important part of the process.  This is not always possible, especially in parts of the world where speaking up can be dangerous and is not protected by law, but, where it can occur it can be an important part of the process. 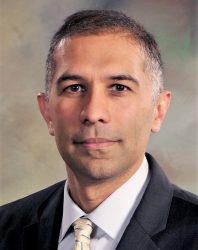 As supply chains get longer and more complex there will be more ‘touch points” at which fraud can occur.  With more links in the chain, and more people, companies and countries involved fraud becomes more difficult to detect, and, once detected, much more difficult determine what happened, trace the food to the origin of the adulteration and understand and remediate the root cause.  But ultimately the criminals who are committing food fraud can’t escape science and a comprehensive testing program is a fundamental part of any successful program.

Read about the lessons New Food learned from Food Fraud 2017, chaired by Prof. Chris Elliott in May.