Climate change has seemed a long way away for so many, but recent temperature spikes might well have focussed minds. How are we going to protect our food supply in an increasingly hotter world? 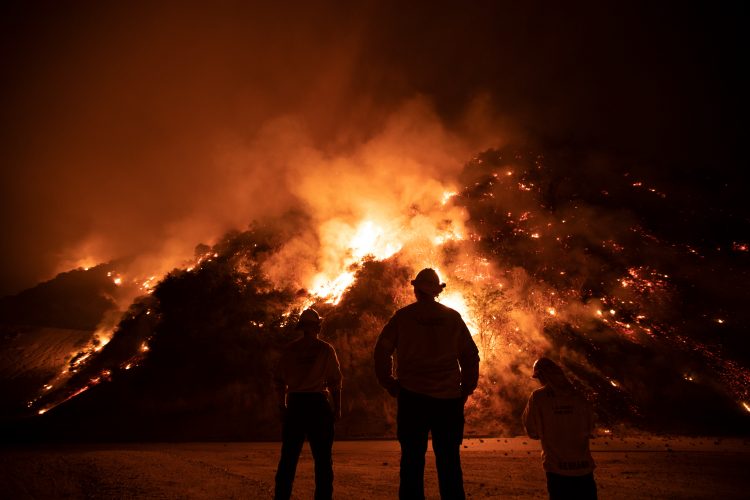 When former US Vice President and Presidential Candidate Al Gore began presenting his warning of climate change (which is the subject of 2006 film An Inconvenient Truth), the apocalyptic consequences of climate change seemed a very long way away, and if we are honest with ourselves, difficult to believe.

Even until recently, despite global temperatures rising steadily in the past 30 or so years, the predictions of floods and freezes among other extreme weather events have not appeared imminent – at least not at or close to home (the UK).

That has changed for many in the UK and Europe over the last several months, including this writer, as we were hit with extreme weather events. Many, I’m sure, will scoff at the naivety – let me add here that I’m no climate change denier, but it does sometimes take something happening to you to make it more of a reality. Humans are great thinkers and theorisers, but our evolutionary traits mean the lion in front of you is always scarier than the tiger around the corner. That lion came in the form of two sweltering days, one which topped 40°C in the UK for the first time.

Is it worse than we thought?

As I sat at home, desperately trying to keep cool in an unairconditioned flat that felt it belonged more in Dubai than South London, another thought struck me. Those poor farmers. Sticking with the UK for the time being (though you could easily apply this story to France or Spain), rainfall has been below average for some months now, leaving the ground desperately thirsty and those that tend it very concerned for their crops.

As one farmer told New Food, the harvest season is likely to be lengthened and will happen earlier, which might sound like a good thing, but crops such as frozen peas pass their maturity so much quicker in this heat.

Alongside fluctuating harvests, the sheer difficulty of working outside in such temperatures we’ve recently experienced, has to be considered – especially for farmers that are not used to it, or do not have the right equipment for it. Machinery is at real risk of malfunctioning or even catching alight, and the effects can be devastating.

Europe has been rocked by catastrophic wildfires, with thousands losing their homes and some their lives in France, Spain and Italy. So much of the discourse has revolved around comparing such events to other parts in the world. “California and Australia have wildfires” some will claim. They do, but what they also have is the resources to deal with them. The likelihood is, no matter how brave and well-intentioned, the firefighters of the UK or France are unlikely to have the expertise or equipment to battle burning fields and forests on this scale year on year.

Clearly, the images of the ground literally on fire are distressing, but the long-term worry is the crops that are lost and the land that is rendered unfarmable for the foreseeable future. We are already facing a global food crisis, we cannot afford to exacerbate it.

What am I getting at here? I suppose the legacy of those two baked days in July 2022 will be the moment that the penny not only dropped, but burned a hole through the ground. We hear 2030 and 2050 banded around so often when it comes to climate targets, but the reality is climate change is here, happening now.

“This weather shows that the pace of innovation needed to help farmers mitigate these extremes in the future must be accelerated,” Yorkshire farmer Paul Temple told New Food.

The world is getting hotter and it’s getting wetter. I have always believed those truths to be real without ever laying eyes on a glacier. But scariest of all is that faith in science is no longer required, just faith in your senses. The truth isn’t just inconvenient, it’s here.