Looking toward a small farm future

The food and farming sector faces a period of turbulence in the near-term with Brexit, COVID-19 and numerous uncertainties about trade deals, labour inputs and farm succession. Yet this is as nothing to what awaits in the longer-term future barrelling towards us. Here, Chris Smaje suggests why a small farm future might be our best option. 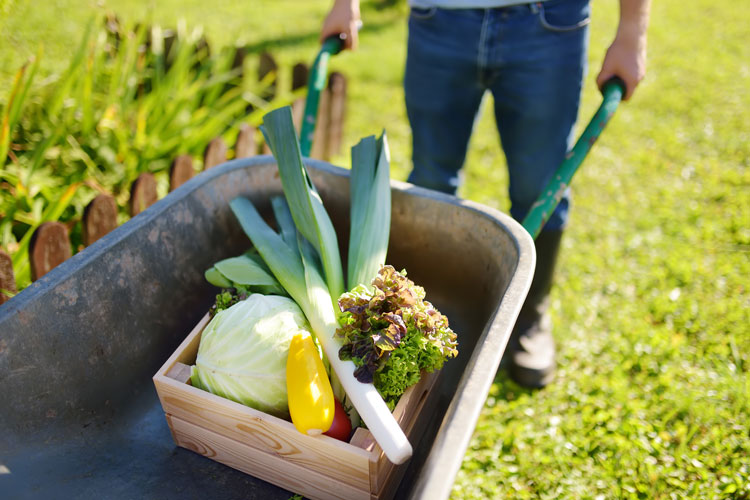 We need to completely decarbonise the economy more or less immediately if we are to avoid dangerous climate change. However, nobody knows how to achieve that at current levels of energy use in the richer countries. And the effects of climate change are already upon us, with future outcomes including probable crop failure in major breadbasket areas and mass migration from low-latitude and low-lying places. Even without these challenges, it’s doubtful that the global economy can continue growing through the 21st century as it did in the 20th, and this is beginning to prompt economic and political crises that are reshaping the human world.

Profound change is coming anyway, however we try to cut the cake.

In my book, A Small Farm Future: Making the Case for a Society Built Around Local Economies, Self-Provisioning, Agricultural Diversity and a Shared Earth, I argue that the most likely result of all this is a turn to more localised economies and more localised politics, with many more people than at present working in low-impact, low-carbon, labour-intensive sectors – foremost among them, agriculture. There are numerous bad ways in which this may occur and, unfortunately, not so many good ones. The time to try to prepare the ground for the good ones is now.

One of the obstacles to preparing that ground is its dissonance with modern ideas about ‘progress’, the impossibility of turning the clock back, and the dangers of nostalgia for a simpler rural past. I devote some attention in the book to dissolving this unilluminating opposition. We need a small-scale, locally oriented food and farming system – not because it harks back to the past, but because it’s probably our best bet for solving the problems of the future.

There are three main reasons why it’s a good bet. The first is that, almost universally, low-impact and low-energy food systems involve bringing woodland, cropland, pasture and human settlements into close relationships with one another, with no economies of scale – in fact, often with diseconomies of large scale.

The second is that only when people are faced directly with the ecological consequences of their own actions, do they adjust their behaviour to make it sustainable, rather than offloading the effects onto the future or onto people elsewhere in the world. We’ve become accustomed to the notion that trade and specialisation are inherently beneficial, but often that’s not the case. The vast quantities of fossil-fuelled capital that have been accumulated over the past century or two are more like a speculative boom. In its impending aftermath, we now need to give ourselves better ecological and economic feedback by accumulating only such capital as we can renewably generate, primarily locally.

Third, renewable economies in the future will probably need to be based on capital and energy-conserving, labour-intensive work that meets people’s needs for a material livelihood. Small-scale farming that is not fundamentally oriented to labour-shedding developments that depend on external sources of energy will loom large in this respect.

All this, of course, implies profound change from present social and economic realities. But profound change is coming anyway, however we try to cut the cake. I describe in my book some of the social changes that will probably happen, and how they might arise politically. From a food industry perspective, I’d simply say that the best way to prepare for them is probably to start thinking of ‘the market’ less as a quantitative abstraction based on global commodity prices, and more as an actual, physical thing – the places producers are able to reach in order to sell stuff that people need. Local demand for those needed items will start incentivising a different structure to the industry, probably with less production of cereals and livestock, and more production of fruits, vegetables and biomass, using more locally-resident labour.

How to engage that labour, restructure land use towards smaller and more peopled farms, and lighten the burden of labour-intensive farming through making use of such modern technologies and external energy sources are all huge questions that we have barely begun to ask, let alone answer. The good news is that on-farm energy use is quite low as a proportion of society’s total energy use, even on our modern highly capitalised farms. This may give us some leeway when we redesign the farms of the future as hubs serving the needs of their local communities, rather than the demands of distant commodity markets.

But we need to start doing that redesigning now.

Chris Smaje is a small-scale commercial vegetable grower and smallholder in Somerset. His book ‘A Small Farm Future…’ will be published on 15 Oct, 2020. 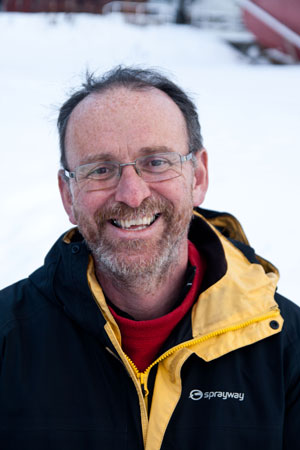