In light of the global ‘stay at home’ message and subsequent increased levels of snacking, Holly Gabriel, Action on Sugar, explains how the need to base food advertising regulation and public health goals on scientific evidence has never been more critical.

Has the UK Government rushed its proposal to ban junk food advertising?

Extensive research shows that exposure to food and drink advertising influences choice, with children being particularly susceptible. A recent study by the Obesity Health Alliance showed that watching just 4.4 minutes of food advertising (i.e. the amount often seen during an episode of Britain’s Got Talent) is associated with children eating 60 more calories per day.

Since 2007, there have been restrictions on advertising to children which are currently jointly policed by the Advertising Standards Agency (ASA) and Ofcom. Their advertising codes are designed to protect children through policing the advertisement of food and drinks high in fat, salt and sugar (HFSS) across children’s TV and any media platform (where under 16-year olds make up more than a quarter of the audience). However, these codes only restrict adverts when the programme or content is made specifically for children or deemed to appeal to children, creating major loopholes for brands and marketeers to exploit.

As we all know, children and families do not need more salt, more saturated fat, more sugar or more excess calories being pushed to them during a pandemic, or indeed at any time.

This is the same for online marketing too. A recent complaint to the Advertising Standards Authority (ASA) saw a Kellogg’s ad removed after it was exposed for irresponsibly advertising its Pringles snack products to families at the start of PE with Joe exercise sessions on YouTube (of which Joe has no control over).

Kellogg’s resolved this complaint with the ASA by stating they were unaware that the YouTube channel was popular with children – despite extensive and global media coverage of his work and within schools.

The ASA in this case allowed Kellogg’s, a known repeat offender, to effectively ‘settle out of court’ successfully demonstrating that advertising codes to protect children from junk food marketing (JFM) are not fit for purpose. It is not just Kellogg’s that flaunt the rules of course. On the same YouTube channel alone, Oreos (Cadburys / Mondelez) has also placed pre-roll ads on PE with Joe videos.

Since the lockdown was announced, we have seen many other advertising practises that seek to exploit the current situation to peddle unhealthy food to the masses. McDonald’s (amongst others) have been heavily marketing branded ‘home activity’ ideas and resources for children – some of these activities can only be accessed by buying their products and scanning on-pack QR codes.

The environment in which we live exposes us to heavily discounted and promoted processed food and drink which is full of salt, fat and sugar.

We have also seen hashtags used by the likes of Oreo using #StayHomeStayPlayful and McVitie’s promoting a #biscuitbreak at 11am every day – i.e. using the current pandemic to promote unhealthy foods to a captive audience.

As we all know, children and families do not need more salt, more saturated fat, more sugar or more excess calories being pushed to them during a pandemic, or indeed at any time. In recognition of the evidence of the impact of unhealthy food adverts on child health, the government has announced an intention to introduce a 9pm watershed on unhealthy food and drink adverts, but this is not yet in force.

The scale and impact of childhood obesity has long been recognised. One third of children are overweight or obese by the time they leave primary school, meaning they are more likely to become obese or overweight adults. Those with obesity have an increased risk of cardiovascular disease, Type-2 diabetes, certain cancers and are more susceptible to mental health problems. Worryingly, emerging scientific evidence from the COVID-19 pandemic also shows that those living with nutritional deficiencies, obesity and related health conditions are at greater risk of worse outcomes and death if hospitalised with the virus.

However, this pandemic has put a temporary halt to many vital public health policies as part of the government’s commitment to halve childhood obesity by 2030. We cannot ignore that our current food system does not support equity in health. The environment in which we live exposes us to heavily discounted and promoted processed food and drink which is full of salt, fat and sugar – giving us little feeling of satiation whilst greatly increasing our calorie intake. Evidence-based measures including robust mandatory reformulation programmes, restrictions on marketing and advertising and improved clear traffic light labelling on all food and drink products have never been more critical.

Holly Gabriel is a Registered Nutritionist (Public Health). Since graduating with a First in Public Health Nutrition from Cardiff Metropolitan University, Holly has worked in several areas of nutrition including for Mytime Active as a Child Weight Management Nutritionist and Programme Co-ordinator, delivering healthy lifestyle services for young people across London. More recently, Holly has worked as a Nutritionist for Waitrose working within the Technical and Corporate Responsibility team.

Holly joined the Action on Sugar team in May 2018 and is responsible for all aspects of the campaign. 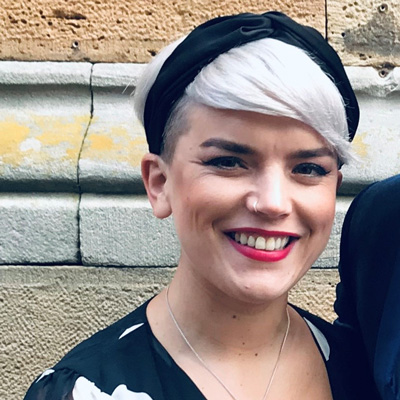