Tapping into the ready-to-drink cocktail market

Can ready-to-drink (RTD) cocktails offer the same experience as the traditional cocktail? Creating that experience at home is definitely a market worth tapping into, Kamila Sitwell from Kolibri drinks and Fiona Davis from Holland & Barrett told New Food. 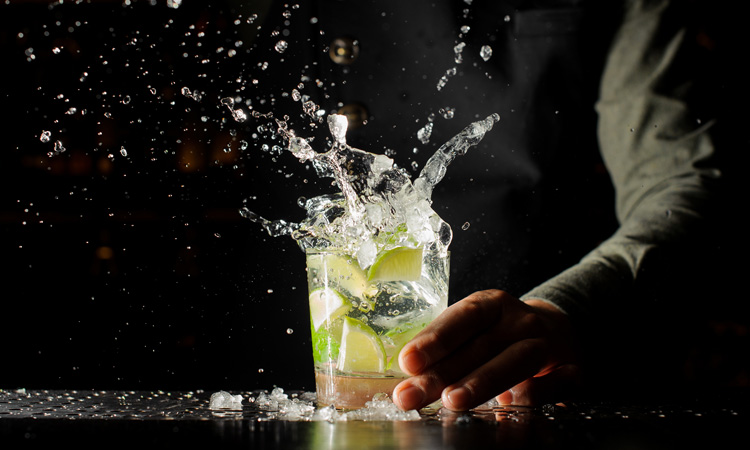 A cocktail is all about ingredients, Kolibri drinks‘ Kamila Sitwell said. The flavour, immersion and multisensory experience of the beverage combine to what the modern consumer wants and expects from a cocktail. There is, of course, the cocktail you can expect from the bar industry, but she noted that when looking into the home or the retail environment, these drinks can become something else entirely.

“Kolibri offers a simplified experience for cocktail making at home. You buy one bottle and blend it to your own liking. You can change the flavours of the botanicals and add sweetness, changing the intensity to create a bespoke cocktail which meets your exact preferences” Sitwell continued.

“Every time the customer activates the cup, they can add the amount of sweetness and flavour they want into the drink drop by drop, controlling how much or how little they use. The cup allows the customer to physically measure how much sweetness and how many calories they have consumed,” Sitwell added.

You can change the flavours of the botanicals and add sweetness, changing the intensity to create a bespoke cocktail which meets your exact preferences

These ideas stemmed from the surge in focus on health and wellbeing in recent times, according to the duo. Consumers more than ever are looking to improve themselves, Davis explained, and adults are moving further away from alcohol. “They want to prevent health disease like high blood pressure, obesity, diabetes, and also to avoid hangovers that are usually filled with guilt and regret. For an anxious and stressed society, these are definitely things that we can all agree we could live without.”

The trend does not stop at reducing alcohol consumption, consumers are also pushing for low and even zero sugar beverages. “People are very mindful of what they are putting into their body,” Davis said. “But, at the same time, they still want something that tastes good and is familiar to them. Consumers want to reduce sugar, but steer away from artificial sweeteners,” Sitwell explained. Sitwell’s experience working within the soft drinks industry revealed the push for reduced sugary drinks, but 44 percent of consumers rejected replacing this with artificial sweeteners, she explained, and so a demand for other alternatives needed to be developed in response.

Consumers want to reduce sugar, but steer away from artificial sweeteners

“We started looking into natural alternatives like monk fruit or Stevia, but there were problems with flavour for consumers. Stevia is zero calories and it is natural, but customers generally did not like the signature taste. Despite the hype around this alternative 10 years ago, it is only now that the taste is becoming more accepted – but is still being blended with sugar,” Sitwell said. Another issue is said to be a lack of knowledge and understanding amongst consumers of ingredients such as Stevia and monk fruit.

“Customer do not hate sugar; they want to control it and understand how much or how little is going into their diet. What we have done is taken the sugar out of the recipe and put it in a cup. The customer is in control; they decide how much to put into the drink,” Sitwell explained.

The idea originates from the coffee industry; customers are able to have their coffee almost 80,000 different ways at Starbucks – it is all about choice, and customer-centric choice at that. “The soft drink industry went another route – the unlimited range extensions. We have approximately 300 different types of tonics,” Sitwell noted.

Why a different choice of route? 20 years ago, the coffee category was heavily commoditised – it was a massive category, but its growth was halted. Sitwell described working for an instant coffee company that tried everything from changing packaging solutions to marketing strategies and job roles, but with little development. That was until Starbucks came along in the early 2000s and coffee became a whole menu instead of just one choice.

This concept is now evolving, and consumers are demanding the breadth of a coffee menu to other categories, such as adult drinks. “The market has had to adapt, especially with adults moving to the soft drink or no/low sugar drink that is combined with health and wellness benefits – the soft drinks industry has got to change its game,” Fiona Davis from Holland & Barrett said. 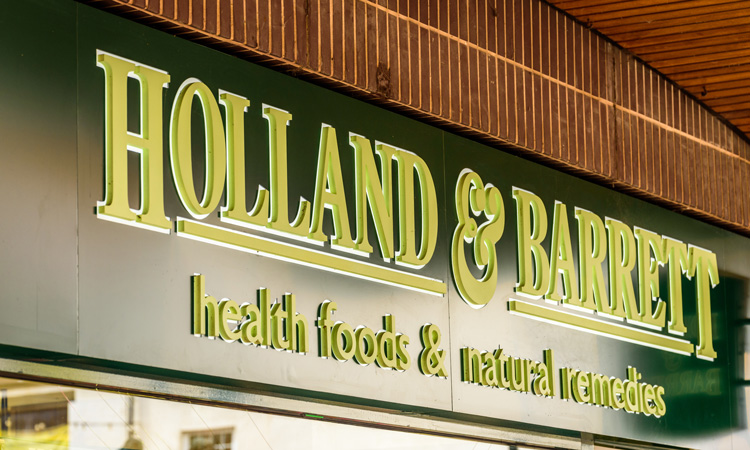 Holland & Barrett is a chain of health food shops with over 1,300 stores in 16 countries, including a substantial presence in the United Kingdom, Republic of Ireland, Netherlands, Belgium, China, Hong Kong, India, Saudi Arabia and UAE

The market has had to adapt, especially with adults moving to the soft drink or no/low sugar drink that is combined with health and wellness benefits

The idea of non-alcoholic beverages becoming the norm may still seem far away from moving into ‘party-goer’ culture, but Davis and Sitwell explained that the industry is seeing more and more cases of alcohol being left out where you might least expect it to be, such as sober bar crawls.

This decline in alcohol consumption was one of the primary reasons for Kolibri and Holland & Barrett’s collaboration, Davis explained. “We believe that premium, non-alcoholic experiences are the future of the market, and it was incredible to see Holland & Barret so passionate about that space. What people do not realise is that the ‘no and low’ trend is not led by trade, but is led by consumers. The customer is looking for a solution,” Sitwell explained.

The ready to drink beverages from Kolibri and Holland & Barret are available in three flavours; customers want adventure and want to try new flavours, but they are hesitant to actually try them in practice, the duo explained. “We created flavours with a little bit of familiarity, but with a twist, and it seems to be working for us, and now armed with new customer feedback and new learning, we are excited to be launching some new flavours and solutions in spring 2020,” Sitwell said.

It took us many attempts to get these flavours right, but one of the main challenges was the technology

“It took us many attempts to get these flavours right, but one of the main challenges was the technology. We had to create a product that was aligned with our unique packaging, but still considered ‘coffee-customisable’ so that the customer could be in control as much as possible. It was a long journey,” she added.

Sitwell explained that the biggest challenge was ensuring the customer would know how to use the product intuitively, with little instruction, and after testing 27 different types of solutions, they eventually came to a final decision.

“The best part of the product,” Sitwell said, “is that it uses the blue agave, which has a low glycemic index. This means it is slowly metabolised, and blue agave is nearly twice as sweet as sugar, so you really only need to throw a little of the sweetness to make this product really quite sweet. Even if you use the whole cup of sweetness, it only has 40 calories.” The bottle provides guidance on its label, which breakdowns how many calories per measurement of cup or half cup, for example, which is another thing that consumers look for, Sitwell noted.

As the duo look to further collaboration in the future, the evolution of the beverage market is sure to continue. Retailers and beverage companies will look more to CBD, as well as gut-beneficial beverages, Davis said, and the RTD cocktail category will continue to shine in its happy hour.