The use of antibiotics as components of antibacterial films can lead to the emergence of resistant strains of bacteria, whereas chitosan compounds do not have this disadvantage. 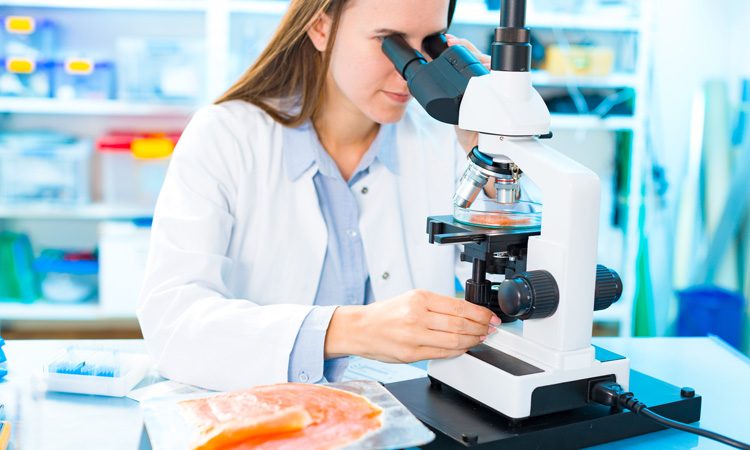 Chemists from Peoples’ Friendship University of Russia (RUDN) have developed a method for producing derivatives of the natural polymer chitosan. These derivatives are non-toxic and have a pronounced antibacterial activity at the level of modern antibiotics. These substances can be used in the production of antibacterial protective films for food. The article has been published in the journal Food Chemistry.

Preservatives are widely used in the food industry. They are necessary to extend the shelf life of products, but preservatives can often reduce food quality. Some of them can cause allergies (benzoic acid) or be toxic (nitrates, nitrites) and synthetic waxy substances used to coat fruits can be carcinogenic (biphenyl is prohibited in the US and EU).

Chitosan is a natural polymer derived from chitin, the main component of insect and crustacean shells. It has antibacterial properties and is already used in the food industry for packaging and coating products with a protective film. However, its activity is said to be much inferior to antibiotics.

To obtain non-toxic and highly active derivatives of chitosan, RUDN University chemists, Andreii Kritchenkov and Margarita Kurasova, and their colleagues, have modified chitosan with organic azides by “sewing” them to the polymer chain. Azides are derivatives of hydrazoic acid HN3; both organic and inorganic azides are toxic, but their compounds with chitosan are not poisonous. Antibacterial activity of the obtained substances, azido chitosan, was significantly higher than that of chitosan.

The experiment showed that samples of polymers based on chitosan had antibacterial activity at the level of antibiotics. The researchers compared this parameter for azido chitosan with the two most common antibiotics – ampicillin and gentamicin.

Antibacterial activity was determined by diffusion into the agar (nutrient) layer. A disk of filter paper impregnated with the test substance (or comparison antibiotic) was placed on the agar layer sown with a bacterial culture. The substance penetrated the agar, killing bacteria or slowing their reproduction. As a result, a growth suppression zone was formed around the disk, which differed from the rest of the agar surface visually. The value of an antibacterial activity is estimated by the diameter of the formed zones. Toxicity was determined by a standard colorimetric test.

An obtained derivative of chitosan – azido chitosan – cleaned Staphylococcus aureus from a zone of 26 mm in diameter (the indicator for ampicillin was 30 mm), and of 18 mm for Escherichia coli (in gentamycin it was 22 mm).

New chitosan derivatives can be used as harmless and effective preservatives to create protective films for food on their basis.