Scientists at the University of Warwick are using the latest DNA mapping techniques to allow British farmers to grow one of the UK’s favourite foods. 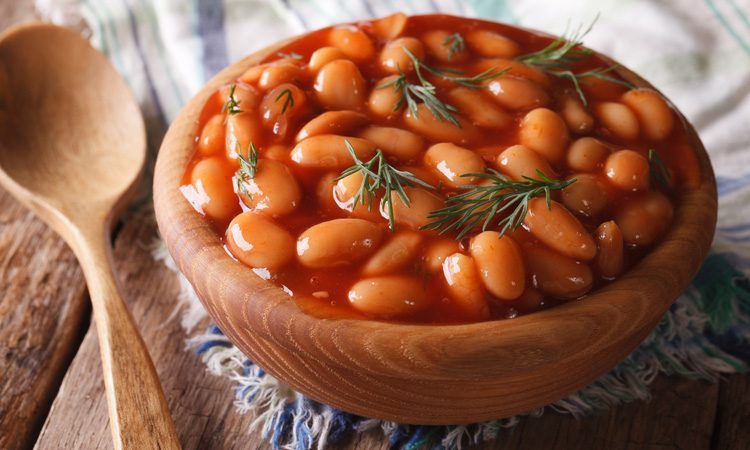 Andrew Tock, a PhD student working at The University of Warwick’s Crop Centre, has undertaken a research project which aims to genetically map the navy bean and develop it so that it can thrive in UK conditions. The researchers are now working with the public on consumer testing to determine the demand for British baked beans.

The navy bean – also known as the haricot bean – usually ends up being consumed with a tomato-based sauce in baked beans. It is a staple of the British diet, with the UK consuming hundreds of millions of cans of baked beans every year. It is also considered as ‘one of your five a day.’ However, every single baked bean is grown outside of the UK, with the majority imported from Canada. The main reason for this import dependence is the lack of available navy bean varieties that are adapted to growing in the UK environment.

In a hope to overcome this barrier, the researchers are using DNA sequencing technology to map the genes that govern the traits which are required for the navy bean to thrive in the UK climate, such as cold tolerance for seedling establishment, early maturity for harvest and resistance to diseases such as halo blight. This genetic map can then be used as a roadmap for breeding programmes to produce new varieties which can be grown commercially by UK farmers.

“Navy beans are a potentially viable rotational crop for UK farmers and we think that there could be great demand from consumers for a home-grown baked bean,” said Tock. “Growing navy beans in Britain makes sense from a farming point of view too.”

He added: “In addition to the potential market value of locally produced navy beans, growers could stand to make agronomic gains from incorporating a nitrogen-fixing legume break crop into their rotations, which could promote soil renewal after repeated cereal and oilseed rape rotations.”

The Biotechnology and Biological Sciences Research Council (BBSRC) is funding Tock’s project through a food security studentship at the University of Warwick Crop Centre, supervised by Professor Eric Holub and Dr Guy Barker.

“The ultimate aim is to produce a navy bean which is less sensitive to cold soil in the spring, is resistant to common diseases that occur over the summer in the UK, and is also ready for harvest in early September,” said Prof Holub.

“A shortened growing season is most important as navy beans in the UK have to be harvested in September when it is still dry to avoid autumnal damp weather which causes them to discolour.

“Using next-generation DNA sequencing technologies, we will improve the ability of bean breeders to select new varieties by effectively providing a genetic roadmap for locating useful natural variation of desired genes in the bean genome.”

Prof Holub continued: “We hope in the near future to begin working in partnership with UK farmers to start testing whether experimental lines are more suitable for bean production in British growing conditions.”

The genetic database to be produced at Warwick could also provide useful information to benefit farmers in developing countries, where the common navy bean plays a vital role in contributing to food security and sustainable agricultural livelihoods as a staple food crop.