Pathogenic bacteria in some apple-packing facilities may be protected by harmless bacteria that are known for their ability to form biofilms. 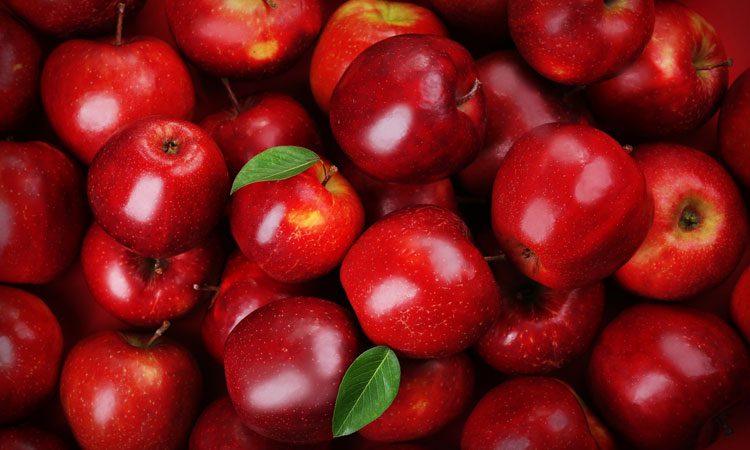 According to a new study, pathogenic bacteria in some apple-packing facilities may be protected by harmless bacteria that are known for their ability to form biofilms. This discovery, says the researchers from Penn State, could lead to the development of alternative foodborne-pathogen-control strategies.

The study looked at three tree-fruit-packing facilities where contamination with Listeria monocytogenes was a concern and was an effort to better understand the microbial ecology of food-processing facilities.

The ultimate goal is to identify ways to improve pathogen control in the apple supply chain to avoid foodborne disease outbreaks and recalls of apples and apple products. 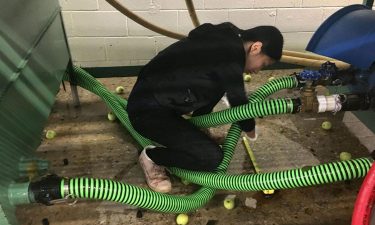 Researchers collected samples in apple-packing facilities in which Listeria monocytogenes has been persistent. They discovered that harmless bacteria may be sheltering the pathogens (credit: Penn State).

Their testing revealed that a packing plant with a significantly higher Listeria monocytogenes occurrence was uniquely dominated by the bacterial family Pseudomonadaceae and the fungal family Dipodascaceae.

“As we investigated the properties of these microorganisms, we learned that they are known to be very good biofilm formers,” said lead researcher Xiaoqing Tan, a graduated master’s degree student in food science. “Based on our findings, we hypothesise that these harmless microorganisms are supporting the persistence of Listeria monocytogenes because they protect the harmful bacteria by enclosing them in biofilms. We are testing this hypothesis in a follow-up study.”

“If a pathogenic bacterium is enclosed in a biofilm formed by microbiota, it is more likely that cleaning and sanitising procedures will be less effective,” explained researcher Jasna Kovac, assistant professor of food science, College of Agricultural Sciences.

This is a novel perspective, and it may well explain how Listeria monocytogenes has persisted in food-processing plants despite repeated efforts to kill and remove it.”

This insight into Listeria contamination may lead to researchers and the apple industry getting closer to solving it, Kovac believes. “Following up on these findings, we are experimenting with some of the nonpathogenic strains of bacteria that are not harmful to humans to see whether they can be used as biocontrols,” she said. “Once applied on the surfaces of the equipment in these environments, they may be able to outcompete and suppress Listeria, thus reducing food-safety risks and potential regulatory action.”

Penn State researchers will soon begin analysing microbial communities in dairy-processing facilities to determine the microbial composition and ecology of these environments.

The study was published in Microbiome.