A recents study has shown that fermented dairy products, such as cheese and yogurt, could provide protection against heart attacks. 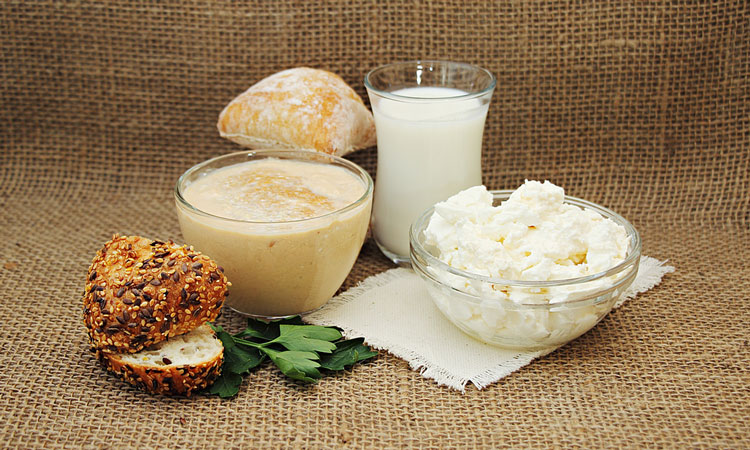 Men who eat plenty of fermented dairy products have a smaller risk of incident coronary heart disease than men who eat less of these products, according to a new study from the University of Eastern Finland. A very high consumption of non-fermented dairy products, on the other hand, was associated with an increased risk of incident coronary heart disease.

The Kuopio Ischaemic Heart Disease Risk Factor Study ongoing at the University of Eastern Finland explored the associations of fermented and non-fermented dairy products with the risk of incident coronary heart disease. Approximately 2,000 men participated in the study. Their dietary habits were assessed at the beginning of the study in 1984-1989, and they were followed up for an average of 20 years. During this follow-up, 472 men experienced an incident coronary heart disease event.

The study participants were divided into groups on the basis of how much they ate different dairy products, and the researchers compared the groups with the highest and lowest consumption, while also taking various lifestyle and nutrition factors into consideration.

“Here in Finland, people’s habits of consuming different dairy products have changed over the past decades. For instance, the consumption of milk and sour milk have declined, while many fermented dairy products, such as yogurt, quark and cheeses, have gained in popularity,” Adjunct Professor Jyrki Virtanen from the University of Eastern Finland said.

The new study provides further evidence on the health benefits that fermented dairy products may have over non-fermented ones. All the mechanisms are not understood yet, but they may be linked to compounds forming during the fermentation process.

The findings were published in the British Journal of Nutrition.