Helping plants to cope with stress

Scientists are investigating ways to help plants cope with extremes they are faced with such as droughts and excess salt content in soil. 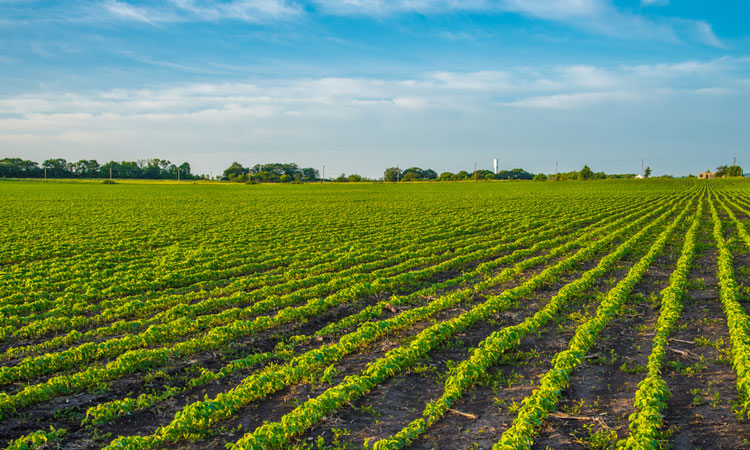 The future looks challenging for plants. Climate change is forecast to bring widespread drought to parts of the planet already struggling with dry conditions. To mitigate the potentially devastating effects to agriculture, researchers are seeking strategies to help plants withstand extreme environmental hazards including drought and salt stress, a problem exacerbated when irrigated water passes through the soil, depositing salts which can then absorbed by plant roots, lowering their overall productivity.

One area under investigation are the various ways plants have naturally evolved to cope with stresses such as too much salt. Researchers led by University of Pennsylvania biologist Professor Brian Gregory and graduate student Stephen Anderson have identified a mechanism that could potentially be manipulated to develop more salt-tolerant crops.

Their work shows that a tiny tag on RNA molecules-the transcripts that are translated to produce proteins-serves to stabilise and protect these strands of genetic material. When plants are exposed to high-salt conditions, the RNA mark, known as N6-methyladenosine, or m6A, prevents the breakdown of transcripts encoding proteins that help plants more effectively deal with the challenging conditions.

“This is how we’re going to help farmers,” said Dr Gregory, an associate professor in Penn’s Department of Biology in the School of Arts and Sciences and the senior author on the paper. “We need to identify ways that we can make more salt-resistant and drought-resistant plants, and manipulating this pathway might be one way to do it.”

For an organism to produce any protein, it must first possess the corresponding strand of messenger RNA (mRNA). But not all mRNAs are turned into proteins; some are degraded before they reach that stage. In recent years, both mammalian and plant biologists have been paying attention to the m6A mark as a player in the process by which mRNAs are targeted to either keep around or destroy.

“There’s been an explosion of interest in this mark,” Prof Gregory said. “It’s been found to be the most abundant internal modification in mRNA.”

In mammals, the bulk of research points to the mark labeling mRNA for destruction. And, while some studies have suggested it may function the same way in plants, Prof Gregory, Anderson, and colleagues wanted to get a more global view.

Analysing leaves from mature Arabidopsis, the researchers globally identified m6A in normal plants as well as in those in which the enzyme that adds m6A had been eliminated, thus experimentally depleting them of the mark.

They found that transcripts that were abundant when marked by m6A in the normal plants were much lower in the m6A-depleted mutant plants, a sign that the mark was acting in a protective capacity to stabilise the transcripts.

Closely comparing the normal and the mutant plants, the team found that m6A, when present, protected the transcripts by preventing an enzyme from degrading them. When this mark was missing, the transcripts were cleaved and subsequently degraded.

“It was kind of serendipitous,” said Anderson, “but it turned out that this destabilization was occurring right next to where these marks should have been but weren’t in the experimental group of plants.”

The next step was to ask why the plants might have evolved this mechanism in the first place. The researchers had hints that m6A labeling might be involved in stress response, judging from the affected genes between the normal and mutant plants. But, to put it to the test, they grew plants in a high-salt soil and repeated their experiments.

The salt treatment, they discovered, caused plants to affix more m6A marks on mRNA transcripts associated with responding to salt stress, as well as drought stress. In other words, the plants were girding themselves to deal with an environmental challenge.

“This gives plants a dynamic and really powerful mechanism to regulate stress response,” Prof Gregory said. “You can move this mark onto transcripts you want to keep around.”

“There’s also evidence,” Anderson said, “that plants may be able to actively remove the mark from transcripts they don’t need. We’re still investigating that mechanism.”

“This work,” said Dr Karen Cone at the National Science Foundation, which funded the research, “provides exciting new understanding of how genomic information interacts with signals from the environment to produce beneficial outcomes for the organism. The results promise to open the door to future discoveries of how organisms use RNA-based mechanisms to maintain the robustness and adaptability they need to survive in the face of changing environments, a finding that is directly relevant to one of NSF’s 10 Big Ideas, Understanding the Rules of Life: Predicting Phenotype.”

In additional follow-up experiments, Prof Gregory’s lab will examine this mark’s involvement in other stressful situations for plants, like when they are subject to damage from organisms like bacteria or fungi. Prof Gregory and colleagues also plan to pursue experiments in plant species important to agriculture, such as soy beans.

Further study may also help them zero in on the mechanism by which plants attach this mark to transcripts, helping in the development of strategies for engineering plants that may better resist the challenging conditions posed by drought.

The study was published in Cell Reports.