UK Agriculture Bill: ‘a seven-year notice to quit the industry’ 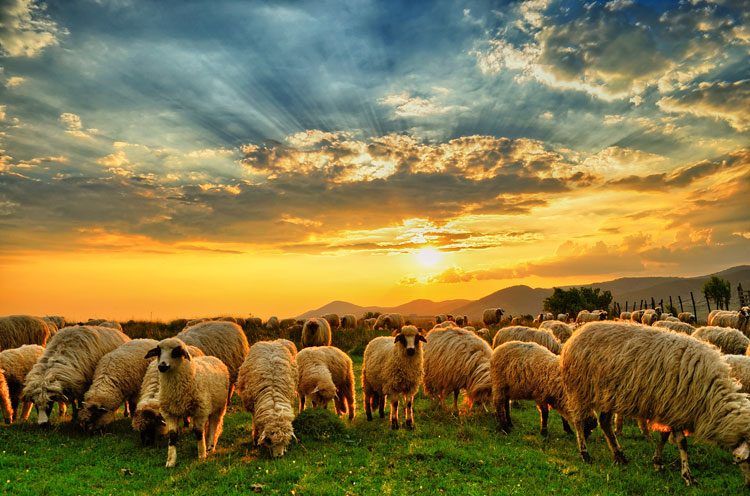 Sunset for sheep farmers: many upland producers would be forced out of business if the Agriculture Bill is implemented, warned Tim Farron MP.

The UK Agriculture Bill amounts to a seven-year notice for many producers to quit the industry and will significantly damage the rural environment, warns Tim Farron, the Liberal Democrat’s spokesman for environment, food and rural affairs.

The former party leader spelled out what phasing out direct agricultural support payments, over the seven years up to 2027, would mean for farmers, the rural economy and environment at a fringe meeting at his party’s conference in Brighton last night (September 17).

“If there is a seven-year phasing out of direct [farm support] payments to farmers, that will be – for many farmers in the most challenging parts of the country, such as the West Country, Cumbria, Scotland, Ireland and mountainous parts of Wales – a seven-year notice to quit the industry altogether, with massive consequences for the environment,” said Farron, who is Member of Parliament for Westmorland and Lonsdale.

The legislation, revealed last week and prepared in advance of Brexit, is the first major farming policy initiative since the mid 1960s when Britain began to align its policy with the European Economic Community before joining in 1973. The new legislation, set out by Environment Secretary Michael Gove, replaces the EU’s system of agriculture subsidies, based on direct payment for land owned, with payments linked to the delivery of environmental benefits. Those include biodiversity, protecting soil and air quality and preventing flooding.

Missed opportunity for the food chain

The FDF boss claimed this government significantly underestimated the role of food and farming. “It is really important to see food and food policy as an arm of economic policy because it can address inequalities in our communities and it can reflect them. And, it’s a way of making interventions in economic development in rural communities.

Wright worried that hurrying to forge trade policies after Brexit might compromise food standards and rural communities. “One of the things that concerns me about the post Brexit settlement and particularly this Gadarene rush for trade deals is the idea we will lose our tariffs and open up our economy to trade deals with all comers in ways that undermine the whole future of British farming and, therefore, rural communities.”

‘Can’t feed a nation on ego and ideology’

The NFU Vice President underlined the interconnection between food production and environmental management. “You cannot have the environmental benefits of this industry without it being underpinned by high-quality, high standards of food production,” said Roberts. “Let’s remember, you can’t feed a nation on ego and ideology,” he added.

Wach warned that many problems arose because food was treated as a commodity and the market was wrongly expected to provide society with healthy food. “A lot of problems have arisen because we haven’t integrated food production with public health and the environment,” she said. But Britain still had a an opportunity to integrate food production, environment management and public health through shorter supply chains, reducing farmers’ reliance on chemicals with continuing farm support.

The fringe meeting – What should the UK’s future food policy look like? – was organised by the NFU and FDF and chaired by New Food’s Managing Editor Mike Stones.