Using Raman to identify the adulteration of coconut water

Due to the recent surge in popularity, coconut water is prone to adulteration, especially as demand seems to be higher than supply. 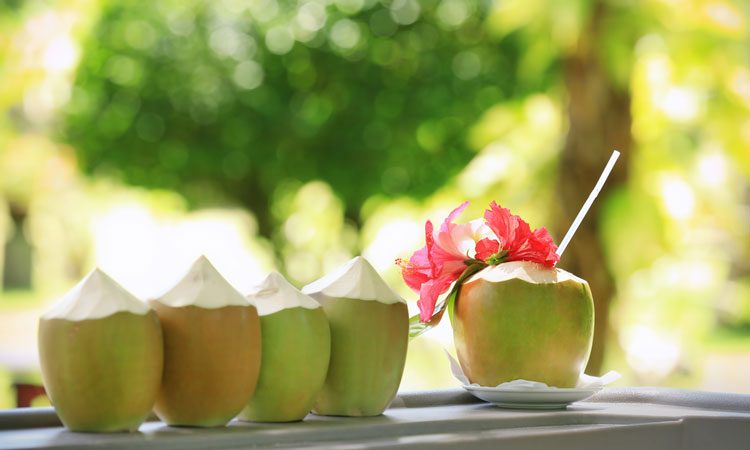 A study has shown that Raman spectroscopy can be used to identify adulteration of coconut water.

Researchers at the Manchester Institute of Biotechnology, University of Manchester have developed Raman spectroscopy in combination with chemometrics to quantify the adulteration of coconut water by dilution and by the addition of sugars.

Fresh coconut water is known to be a refreshing and nutritious drink, low in calories, naturally free from fat and cholesterol, and is a good source of electrolyte potassium and sodium.

Due its large increase in popularity, with athletes and celebrities endorsing products, this surge has led scientists to consider the product as vulnerable to adulteration. This has led to 400 tonnes of coconut water being seized and removed from the market due to adulteration.

They sourced the coconut water from fresh young coconuts from a UK online retailer, and emulated the steps of harvesting the water, pasteurising it, recombining it and cooling it in a refrigerator.

Many confuse coconut water with coconut milk; water from a coconut is harvested form young, green coconuts, at between 6 to 9 months of age. Coconut milk is made using fresh coconut flesh, working it with water.

The coconut water was then split, and each group had various amounts of sugars and deionised water added, with a control group left untouched.

Results showed that even very low levels of sugar adulteration was picked up using Raman spectroscopy and chemometric approaches, even when the sugar levels were comparable to natural sugar levels found in untouched coconuts.

The researchers even used a commonly utilised drinks sweetener to identify whether this was picked up by Raman spectroscopy and found that even this was recognised by the system.

The team concluded that this approach could be applied on a large scale, and together with the use of laser wavelengths and spatially offset Raman spectroscopy, the analysis could be performed even with the coconut water packaged in bottles and cartons.

The study was published in Food Chemistry.