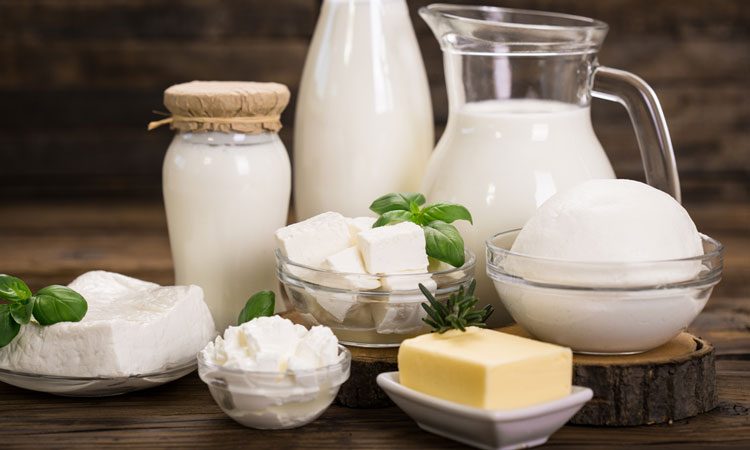 STAPLE SHORTAGE: The EU currently supplies 98 per cent of the UK's dairy imports

Arla Foods has reacted to a report it commissioned from London School of Economics (LSE), published today (19 July).

The pan-European dairy cooperative, which is owned by some 11,000 farmers, says that if the  findings in The Impact of Brexit on the UK Dairy Sector prove true, non-tariff barriers to trade and restricted access to labour after Brexit will leave British consumers facing a dairy dilemma that could see the availability of butter, yoghurts and cheese restricted.

Arla Foods says that the issues identified in the LSE report could lead to far greater difficulty in importing dairy products to the UK from Europe, which currently provides 98 per cent of the UK’s imports within the sector.

This in turn, says Arla, would lead to a shortage of dairy staples –  particularly of products such as speciality cheeses, where domestic supply is constrained by limited production capacity in an already tightly managed supply chain. An alternative outcome, Arla suggests, might see escalating pressure on costs, and ultimately increased consumer prices for dairy goods. There is also the possibility that, post-Brexit, ways might be found  to ramp-up production and cut farm costs. Arla claims that this scenario would, in the short-term at least,  inevitably undermine, “the world-leading standards of our dairy industry”

Additional costly impacts are likely to appear throughout the supply chain, says Arla, with problems that could be exacerbated by a shortage of vets, lorry drivers and farm workers post-Brexit.

Ash Amirahmadi, UK Managing Director, Arla Foods UK comments: “The farmers that own the Arla dairy cooperative already balance keeping consumer prices down with maintaining quality and the best standards, including high animal welfare. There’s no margin to play with here in the value chain. Any disruption means that if we don’t get the practicalities of Brexit right we will face a choice between shortages, extra costs that will inevitably have to be passed on to the consumer or undermining the world-class standards we have worked so hard to achieve.”