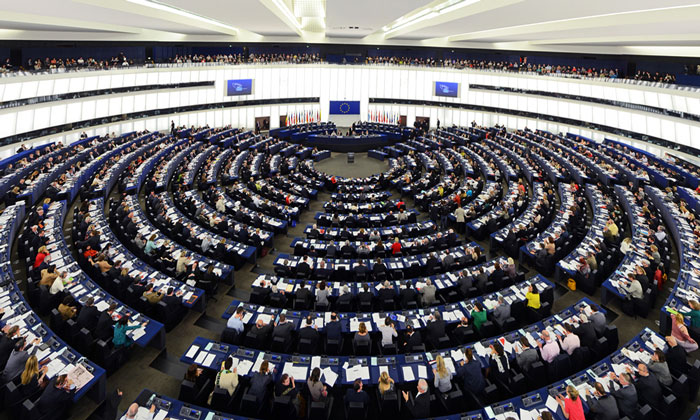 THEY'RE WATCHING: MEPs said if a firm sells a product EU-wide, but with compositions that differ between countries, it must not label and brand it in a seemingly identical way

Members of the European Parliament have put dual quality products in their sights after giving the nod to new measures which include the development of a common testing approach.

Tests and surveys done in several EU member states, mainly in Central and Eastern Europe, have proven that products advertised and sold under the same brand and seemingly identical packaging in fact differ in composition and ingredients.

These differences were found not only in food products, such as fish fingers, instant soup, coffee and soft drinks, but often also in non-food products, including detergents, cosmetics, toiletries and products intended for babies.

In a report approved by 33 votes to three, with one abstention on Thursday, Parliament’s Internal Market and Consumer Protection Committee recommends several measures at EU and national levels to tackle the “dual quality” problem.

Rapporteur Olga Sehnalová (S&D, CZ) said: “Dual quality products undermine citizens’ confidence in the fair functioning of the EU internal market. If a product is sold under the same brand and packaging, it should have the same composition. If the manufacturer wants to customise a product, consumers have the right to know and be aware of this adjustment for each individual product.

“We must ensure that all misleading practices are outlawed and that the proposed initiatives do not just remain on paper. In order to do so, the amendment to the Unfair Commercial Practices Directive, as proposed by the European Commission in April, is a good starting point. However, it needs several clarifications to work effectively. There must be neither second-class products, nor second-class consumers in the EU.”

MEPs called for swift cross-border cooperation and data-sharing between national consumer protection and food authorities, consumer associations and the EU Commission in order to tackle dual quality and ensure that the rules are enforced better and more consistently.

They said common testing approach needed to be fully developed, to gather reliable and comparable evidence and help ascertain how serious and widespread the “dual quality” issue is.

While welcoming the EU Commission’s April 2018 “New Deal for Consumers” proposal, which amends the Unfair Commercial Practices Directive in order to tackle dual quality of products, MEPs pointed out that it requires further clarification. “The outcome of the legislative process should be a clear definition of what can be considered as ‘dual quality’ and how each case should be assessed and addressed”, the committee added.

“Consumer preferences should not be used as an excuse for lowering quality and/or offering different quality grades on different markets”, it said, reiterating that business operators are permitted to market and sell goods with different composition and characteristics across the EU only where justified by “legitimate factors” and in full compliance with EU laws.

MEPs invite manufacturers to consider including a logo on the packaging that would show that the content and quality of the same brand is the same across all EU countries.

The report by Olga Sehnalová will be put to a vote by the full Parliament at September’s plenary session. The new legislative proposal amending the Unfair Commercial Practices Directive is expected to be put to a committee vote in November.