Mathematical models from the National Food Institute in Denmark have been used to develop the recipes for a new range of fish products that contain less salt and more taste. 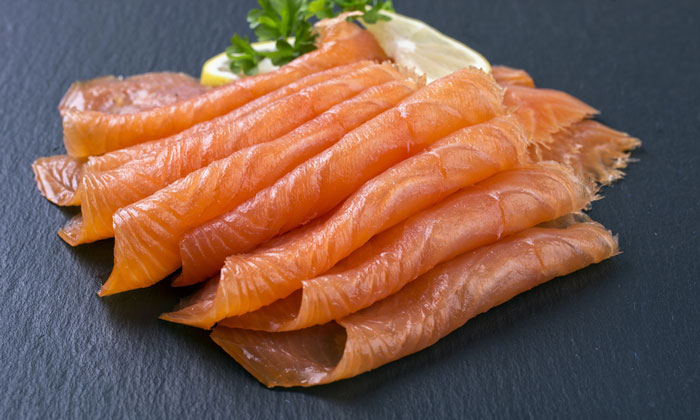 BEST OF BOTH: Preserved fish is popular in Nordic countries

Health authorities the world over have been urging consumers to eat less salt for decades as the health implications of excessive consumption of the mineral become clearer. At the same time, many authorities, including the Danish Veterinary and Food Administration, have recommended consumers up their fish intake.

In Denmark, maths has been the key to making it easier for people with a taste for preserved fish products, such as prawns in brine or smoked salmon, to have their fill while complying with both dietary recommendations.

A new range of low-salt, high-flavour seafood products have been created in cooperation between researchers from the National Food Institute, Technical University of Denmark, and Royal Greenland as part of a project funded by the Green Development and Demonstration Programme, GUDP.

Salt has traditionally been used to preserve many types of fish products, because it inhibits bacterial growth and increases product shelf-life. Therefore, if manufacturers decide to change the salt content, it can affect the growth of bacteria, which can make the food go off or make it unsafe to eat.

In the GUDP-project, researchers from the National Food Institute developed models that can predict how a recipe change will affect the growth of Clostridium botulinum and pseudomonas bacteria in lightly-preserved fish products.

The models can be used in conjunction with the institute’s existing Food Spoilage and Safety Predictor (FSSP) programme, which predicts the growth of the disease-causing microorganism Listeria monocytogenes as well as lactic acid bacteria, which can spoil the products.

The project has given Royal Greenland’s product developers the ability to predict how a change to the recipe will affect bacterial growth in a product. As such they are able to quickly develop new and safe products, because they do not have to spend time on costly product trials.

Instead, they have used the information provided by the models to make adjustments, until they have developed the recipe for a tasty product that is also safe to eat.

Royal Greenland have for example managed to develop coldwater prawns in brine and pasteurised lumpfish roe that contain 40 per cent less salt.

During the project the company has developed 37 new, lightly-preserved fish products, which have acquired the Nordic Keyhole label.