The committee urged the Government to publish exactly what customs and border requirements it would put in place on EU food imports in a no-deal scenario. 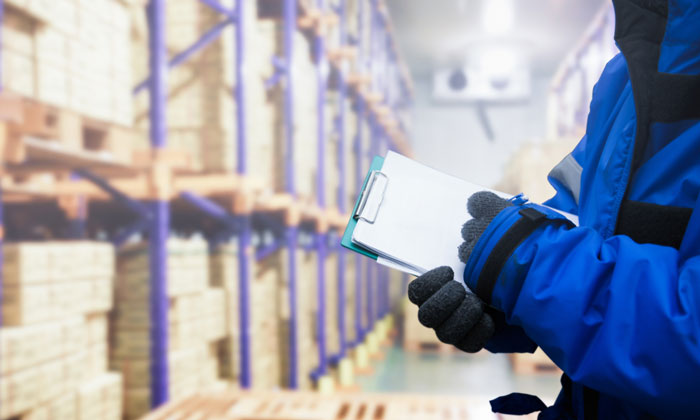 RED LINES TO RED TAPE: The UK Government has yet to clearly define its goals for post-Brexit trade

The UK’s ports and airports will be unable to cope with the additional checks Brexit could bring, a report from the House of Lords concluded.

Brexit: food prices and availability was published by the Lords Sub-Committee on EU Energy and Environment and reiterates widely-voiced concerns that Britain’s new global trading relationships would cause a surge in food prices or a slump in standards.

Lord Teverson, Chairman of the Sub-Committee, outlined the challenge the UK Government faced in trying to balance its Brexit food goals, which at times seem to work against each other. He said: “The Government has some important choices to make. They have said they want to maintain high food standards but also that they would be willing to have minimal customs checks to avoid disruption at borders.

“They have said they want UK food and farming to be exemplars of high-quality production but also that they will seek trade deals that secure lower prices for consumers.”

New Food is bringing back Food Brexit on November 1 this year. The unique conference, hosted in the Queen Elizabeth II Centre on Parliament’s doorstep, provides an expert insight into the dynamic challenges posed by Britain’s departure from the European Union and how it could affect your business. To book your place or find out more click here.

The report echoed the opinion of many food industry bodies in stressing the importance of tariff free trade with the EU, and was dubious about the Government’s belief that the current tariff-free or low-tariff arrangements with non-EU countries could be ‘rolled over’ post-Brexit.

But friction-less trade was by no means guaranteed, the committee noted, and should the ‘gulf’ between negotiating teams’ red lines not be bridged additional checks and documents would be required on imports from the EU.

In this scenario, friction generated costs for businesses which would then be passed onto consumers.

Furthermore, the infrastructure and staffing isn’t available, according to the committee. It said: “We do not believe the UK’s ports and airports will be able to cope with the additional workload that new checks will create, and this will add significantly to the import timescales.

“Significant delays will disrupt the ‘Just-In-Time’ supply chains that food manufacturers and retailers depend on and could affect the availability of food. We urge the Government to conduct a thorough assessment of the additional staffing, infrastructure and IT requirements that differing levels of post-Brexit border and customs checks would require.”

Responding to the new report Andrew Opie, Director of Food and Sustainability at the British Retail Consortium, said:

“This report is right to highlight the significance of tariff-free, frictionless trade and industry concerns about the impact of a no deal. For consumers, new tariffs will mean higher prices and bad news for the weekly shop.

“It’s been positive that both sides of the negotiations have accepted the importance of a zero-tariff deal and a standstill transition period – priorities for the retail industry.

“But there are other fundamental questions that remain unanswered. Retailers urgently need the Government to focus in on developing workable plans for customs that allow goods to continue to move uninterrupted across EU-UK borders after the transition period ends.”

Food and Drink Federation (FDF) Chief Executive Ian Wright CBE said: “The committee’s call for a comprehensive food security policy is encouraging, but as correctly suggested there is still a serious gap between Government confidence and industry concerns.

“While the proposed transition period provides businesses with some certainty, it is certainly briefer than we believe would be optimum. Government must keep the readiness of both industry and systems under review. Time is running short and Government must offer clarity and realism to businesses on future customs arrangements and the Irish border.”

You can listen to New Food’s Mike Stones explore the implications for food prices on BBC Radio Coventry and Warkwickshire’s The Breakfast Show. The interview begins at 7.20am.